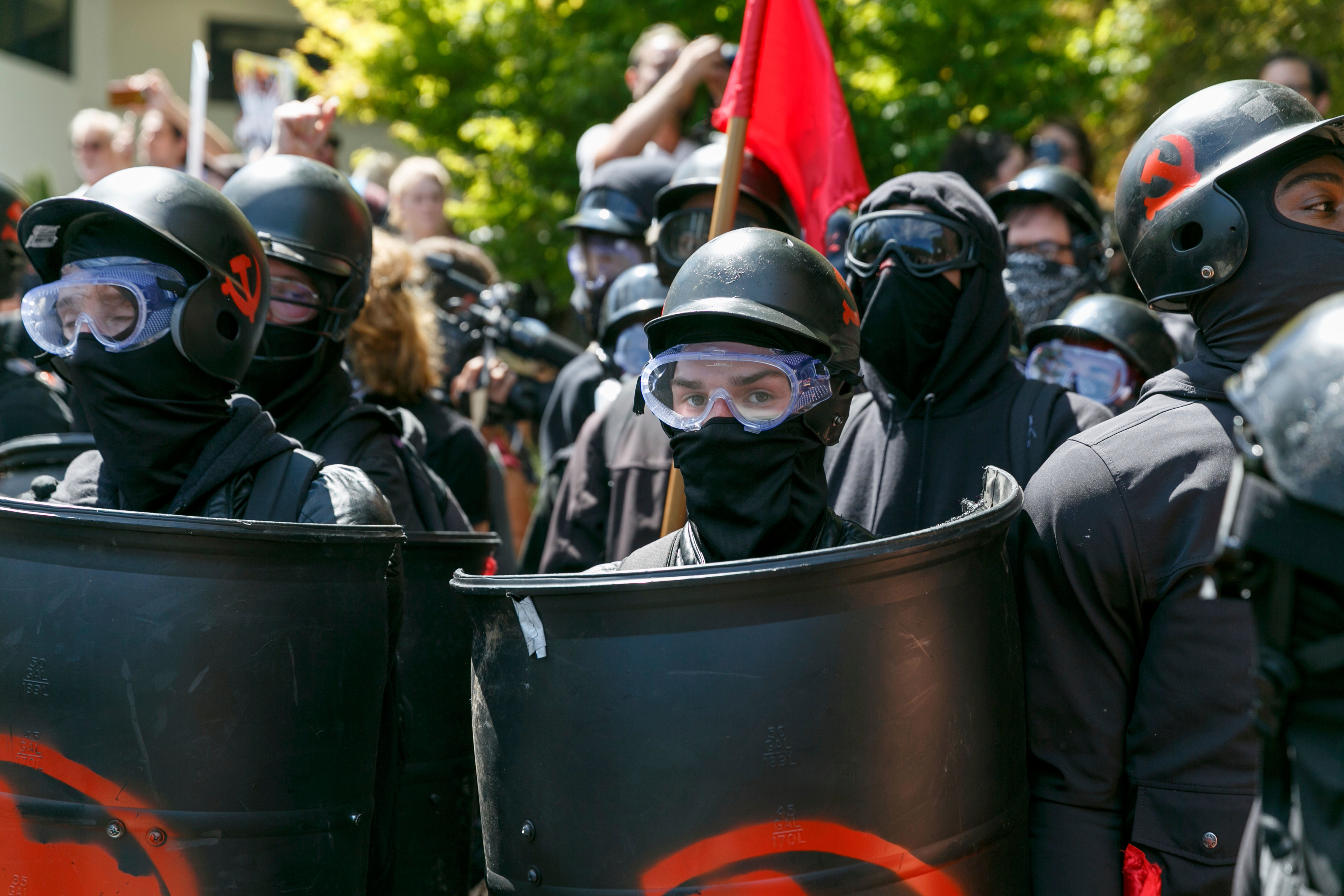 President Trump said “major consideration” is being given by his administration to designating the far-left antifa movement a terrorist organization, as the city of Portland, Ore., prepares for dueling protests between right-wing demonstrators and antifa on Saturday.

“Major consideration is being given to naming ANTIFA an ‘ORGANIZATION OF TERROR,’” the president tweeted. “Portland is being watched very closely. Hopefully the Mayor will be able to properly do his job!”

In his tweet, the president did not mention the expected far-right groups that are expected to protest, like Proud Boys group, the white nationalist American Guard and the Three Percenters. Hate group watchdogs say the Daily Stormers, a neo-Nazi group, are also expected.

More than two dozen local, state and federal law enforcement agencies, including the FBI and the Federal Protective Service, are in Portland to help police monitor the protests.

Ahead of the rally, Democratic Mayor Ted Wheeler said Friday on Fox News’ "Outnumbered Overtime" said he’s confident “from a law enforcement perspective, we're going to have all the tools and the resources and personnel we need.”

In this Aug. 4, 2018, file photo, counter-protesters prepare to clash with Patriot Prayer protesters during a rally in Portland, Ore. Portland police are mobilizing in hopes of avoiding clashes between out-of-state hate groups planning a rally Saturday and homegrown anti-fascists who say they’ll come out to oppose them. (AP)

“We support people's rights to demonstrate,” Wheeler said. “But we don't care about who you are or your politics are. If you engage in violence in this city, you will be held accountable."

The self-described anti-fascists have vowed to confront the rally while leaders from the far-right urged their followers to turn out in large numbers to protest the arrests of six members of right-wing groups in the run-up to the event. Members of antifa often cover their faces with masks, making it harder to identify them.

In this Aug. 4, 2018, file photo, counter-protesters prepare to clash with Patriot Prayer protesters during a rally in Portland, Ore. Portland police are mobilizing in hopes of avoiding clashes between out-of-state hate groups planning a rally Saturday and homegrown anti-fascists who say they’ll come out to oppose them. (AP)

Patriot Prayer's Joey Gibson, who is not involved in this weekend's event but organized similar rallies in 2017 and 2018 that erupted in clashes, surrendered Friday on an arrest warrant for felony rioting. He was at a confrontation that broke out on May 1 outside a bar where members of the antifa movement had gathered after a May Day demonstration.

In a video he livestreamed on Facebook, Gibson accused the police of playing politics by arresting him but not the masked demonstrators who beat up conservative blogger Andy Ngo at a June 29 rally that drew national attention to this small, liberal city.

"We receive criticism no matter what. It's either too much, not enough, you arrested this group and not

Authorities asked residents not to call 911 unless it's a life-threatening emergency and to stay away from the heart of downtown. Some city streets will be closed Saturday, as well as a major bridge connecting the east and west sides of the city.

The Associated Press contributed to this report.