Trump confirms peace plan to be released after Israeli elections 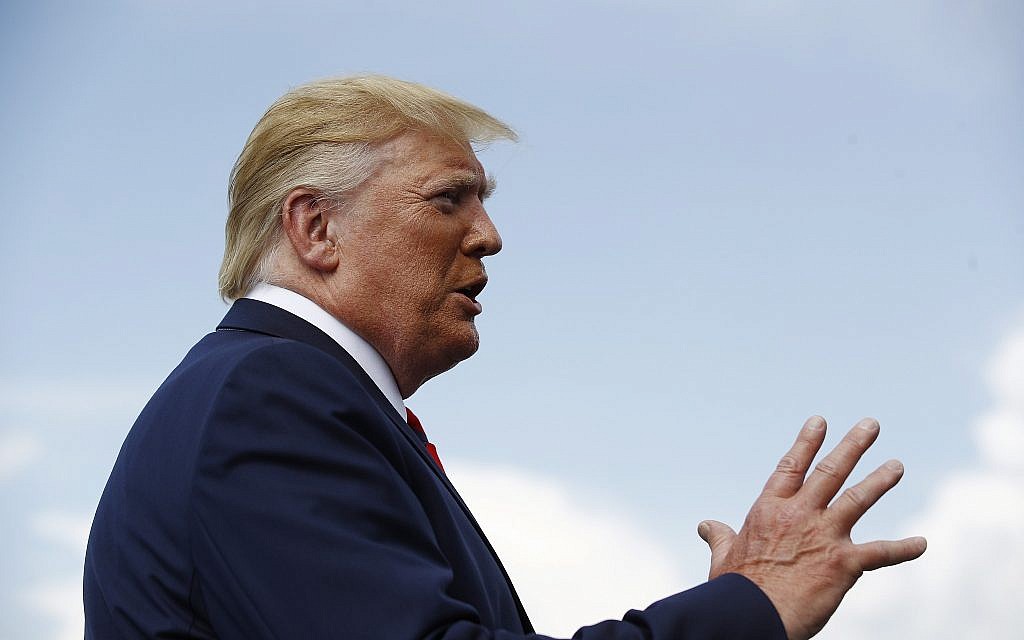 US President Donald Trump on Sunday confirmed that his administration would likely release its long-delayed peace plan after Israel’s elections in September.

“We will probably wait for the release of the Middle East peace plan until after the Israeli elections,” Trump told reporters, adding that the US might “release small parts of it beforehand.”

The plan was to have been unveiled this summer, but was delayed after Prime Minister Benjamin Netanyahu failed to cobble together a coalition after the April elections and was forced to go to a fresh vote, now scheduled for September 17.

The Americans are likely to give the winner a chance to form a government before releasing the plan, something that could add several weeks to the timetable.

The US has so far kept the political elements of its plan under wraps, while the economic aspects of it were presented in June by President Donald Trump’s son-in-law and adviser Jared Kushner at an American-led conference in Bahrain. The economic aspect of the plan would see a $50 billion investment package for the Palestinians and the wider region

The Palestinians skipped the Bahrain conference and have rejected the peace plan outright, pressing on with their boycott of the administration since Trump recognized Jerusalem as Israel’s capital in December 2017 and cut Palestinian aid.

Netanyahu says he is willing to wait and see the contents of the plan, but reiterated he will not compromise on Israel’s security.

No details have been published so far about how the plan tackles key issues such as a potential independent Palestinian state, Israeli control over the West Bank, the fate of Jerusalem and the so-called “right of return” for Palestinians to homes from which their families fled or were expelled after Israel’s creation in 1948.

However, US officials have indicated  that they will back “Palestinian autonomy” and self-governance, but stop short of endorsing the establishment of a Palestinian state.

via The Times of Israel https://ift.tt/2Z9GVOx