Jesuit Chief: No Country Has the Right to ‘Reject Migrants’ 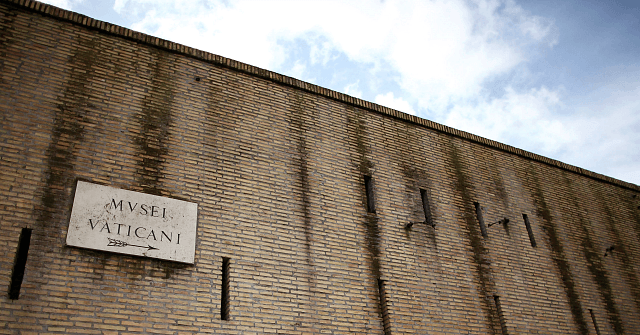 ROME — The superior general of the Jesuits declared this week that no country has the right to turn away migrants, claiming the land belongs to everyone.

“The challenge for a country that receives migrants is not only reception, but integration, which means receiving the contribution that immigrants bring,” said Jesuit Father Arturo Sosa Abascal in an interview with Tempi.it.

“They come to make a contribution, which is greater than what they receive from the host country,” he claimed, seemingly without evidence.


Switzerland: Over 80 Percent of Somali Migrants on Welfare https://t.co/V7abxZ0ixc

“Italians must remember their own experience,” he continued.

“They came to Latin America, including my country of Venezuela, and they were welcomed; they became part of society in the same way as everyone else, and today they are not considered ‘different’,” he said, drawing a somewhat dubious comparison between the largely legal migration of Italians to South America and Europe’s largely unregulated migrant crisis.

“In Europe we must recognize the contribution that migrants make to the societies that receive them and thank them for it,” the Jesuit added.

Then, in one of his more controversial claims, Father Sosa said that nations have no right to enforce their borders because in the end, the land belongs to everyone.

“Those who live in a given territory have no right to turn away migrants,” he said, “because they have no absolute right to that territory. They do not own it; the goods of the land are for everyone.”

“I do not see a conflict of rights — those of migrants and those of those who already live in the place — but the opportunity for a human dialogue to create a universal fraternity through these movements of populations due to various reasons: wars, persecutions, poverty, the search for a better life,” he said.

“Everyone’s rights are the same. The first is to be recognized as human beings equal to all other human beings,” he said.


Hungarian PM: ‘The Spirit of Marx, Lenin, and the Re-Education Camps’ Lives on in the EU https://t.co/nOmkbrK055

Turning to the issue of modern political movements, Father Sosa said that populism is dangerous, alleging it is an authoritarian ideology.

“There are various populisms, as well as sovereignisms, that we find within fundamentalism,” he said, “sovereignism” being a term for belief in independent nation-states.

“Populism conceals various forms of authoritarianism under the blanket of the representation of the people. It takes a great deal of political discernment,” he said, adding that it represents an “ideological form.”

“One thing is a political idea, another is an ideology,” he claimed.