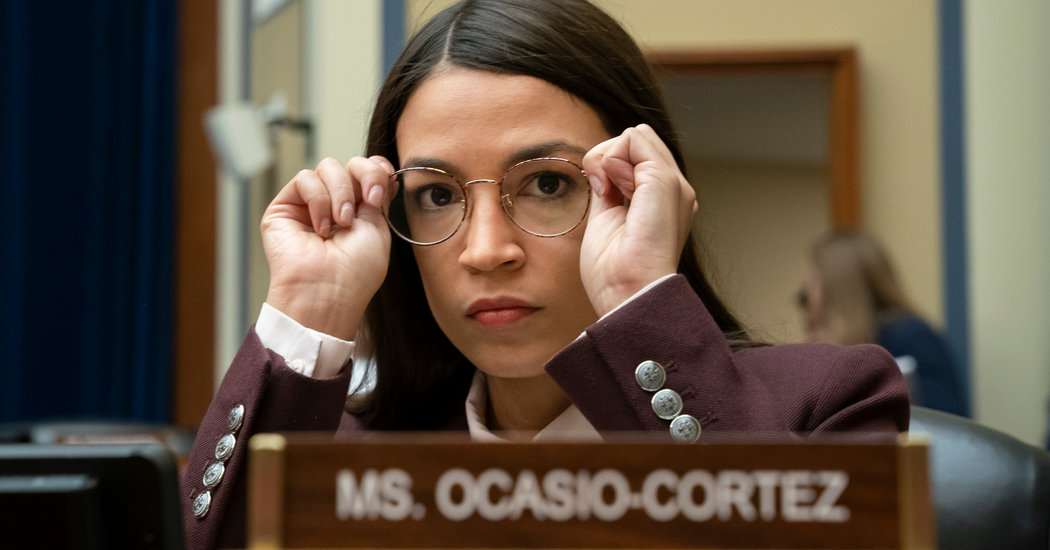 Spend enough time talking politics on the internet — or in any other public forum — and you’ll run into this standard reply to anyone who wants more democracy in American government: “We’re a republic, not a democracy.”

You saw it over the weekend, in an exchange between Representatives Alexandria Ocasio-Cortez of New York and Dan Crenshaw of Texas. In a brief series of tweets, Ocasio-Cortez made the case against the Electoral College and argued for a national popular vote to choose the president. “Every vote should be = in America, no matter who you are or where you come from,” she wrote. “The right thing to do is establish a Popular Vote. & GOP will do everything they can to fight it.”

Crenshaw, who has sparred with Ocasio-Cortez before, jumped in with a response: “Abolishing the Electoral College means that politicians will only campaign in (and listen to) urban areas. That is not a representative democracy.” And then he said it: “We live in a republic, which means 51% of the population doesn’t get to boss around the other 49%.”

[Jamelle Bouie answered your questions about this column on Twitter.]

Crenshaw is wrong on the impact of ending the Electoral College. A presidential candidate who focused only on America’s cities and urban centers would lose — there just aren’t enough votes. Republicans live in cities just as Democrats live in rural areas. Under a popular vote, candidates would still have to build national coalitions across demographic and geographic lines. The difference is that those coalitions would involve every region of the country instead of a handful of competitive states in the Rust Belt and parts of the South.

But the crux of Crenshaw’s argument is his second point. “We live in a republic.” He doesn’t say “not a democracy,” but it’s implied by the next clause, where he rejects majority rule — “51% of the population doesn’t get to boss around the other 49%.”

[Join Jamelle Bouie as he shines a light on overlooked writing, culture and ideas from around the internet. For exclusive thoughts, photos and reading recommendations, sign up for his newsletter.]

You can fill in the blanks of the argument from there. The Founding Fathers built a government to stymie the “tyranny of the majority.” They contrasted their “republic” with “democracy,” which they condemned as dangerous and unstable. As John Adams wrote in an 1814 letter to the Virginia politician John Taylor: “Democracy never lasts long. It soon wastes, exhausts and murders itself. There never was a Democracy Yet, that did not commit suicide.”

But there’s a problem. For the founders, “democracy” did not mean majority rule in a system of representation. The men who led the revolution and devised the Constitution were immersed in classical literature and political theory. Ancient Greece, in particular, was a cautionary tale. When James Madison critiqued “democracy” in Federalist No. 10, he meant the Athenian sort: “a society consisting of a small number of citizens, who assemble and administer the government in person.” This he contrasted with a “republic” or “a government in which the scheme of representation takes place.” Likewise, in a 1788 speech to the New York ratification convention, Alexander Hamilton disavowed “the ancient democracies in which the people themselves deliberated.” They “never possessed one good feature of government,” he said. “Their very character was tyranny; their figure deformity.”

In more modern terms, the founders feared “direct democracy” and accounted for its dangers with a system of “representative democracy.” Yes, this “republic” had counter-majoritarian aspects, like equal representation of states in the Senate, the presidential veto and the Supreme Court. But it was not designed for minority rule.

Virtually everything was geared toward producing representative majorities that could govern on behalf of the country — to diminish “faction” in favor of consensus. And in the case of the Electoral College, the point wasn’t to stymie majorities but to provide a way to find a competent and popular chief executive in a large nation of parochial states.

It’s worth asking where this quip — “we’re a republic, not a democracy” — even came from. Nicole Hemmer, a historian of American politics and the author of “Messengers of the Right: Conservative Media and the Transformation of American Politics,” traces it to the 1930s and 40s. “When Franklin Roosevelt made defending democracy a core component of his argument for preparing for, and then intervening in, the war in Europe, opponents of U.S. intervention began to push back by arguing that the U.S. was not, in fact, a democracy,” she wrote in an email.

One Roosevelt opponent, for example — Boake Carter, a newspaper columnist who supported the America First Committee (which opposed American entry into World War II) — wrote a column in October 1940 called “A Republic Not a Democracy,” in which he strongly rebuked the president for using the word “democracy” to describe the country. “The United States was never a democracy, isn’t a democracy, and I hope it will never be a democracy,” Carter wrote.

The term went from conservative complaint to right-wing slogan in the 1960s, when Robert Welch, the founder of the John Birch Society, used it in a September 1961 speech, “Republics and Democracies.” In a democracy, Welch protested, “there is a centralization of governmental power in a simple majority. And that, visibly, is the system of government which the enemies of our republic are seeking to impose on us today.”

“This is a Republic, not a Democracy,” Welch said in conclusion, “Let’s keep it that way!”

These origins are important. If there’s substance behind “We’re a republic, not a democracy,” it’s not as a description of American government. There’s really no difference, in the present, between a “republic” and a “democracy”: Both connote systems of representation in which sovereignty and authority derive from the public at large.

The point of the slogan isn’t to describe who we are, but to claim and co-opt the founding for right-wing politics — to naturalize political inequality and make it the proper order of things. What lies behind that quip, in other words, is an impulse against democratic representation. It is part and parcel of the drive to make American government a closed domain for a select, privileged few.

More by Jamelle Bouie on the state of the nation

Opinion | Jamelle Bouie
Slavery Was Not a Secondary Part of Our History
Aug. 23, 2019 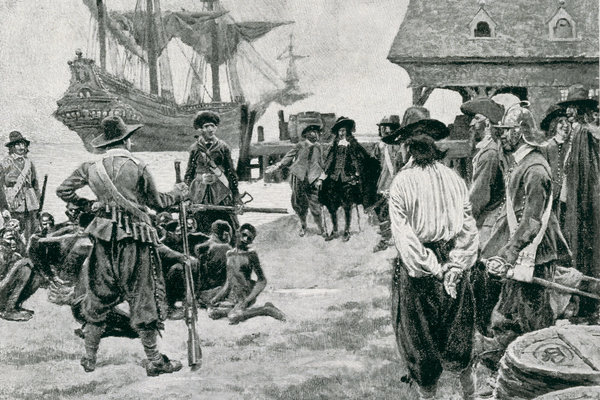 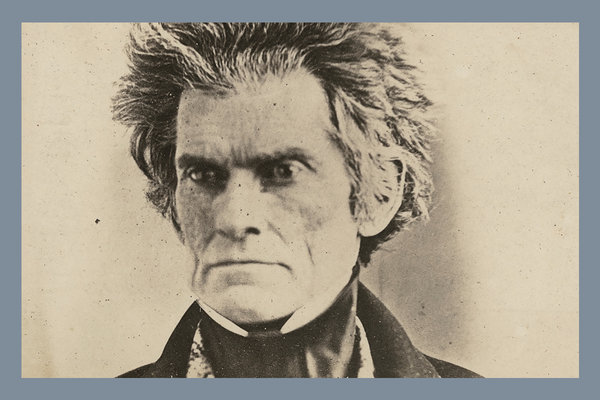 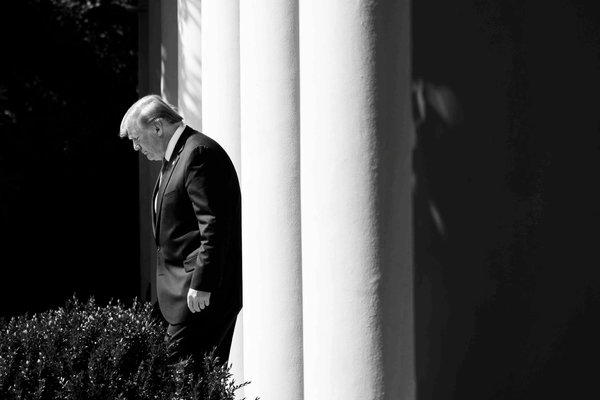 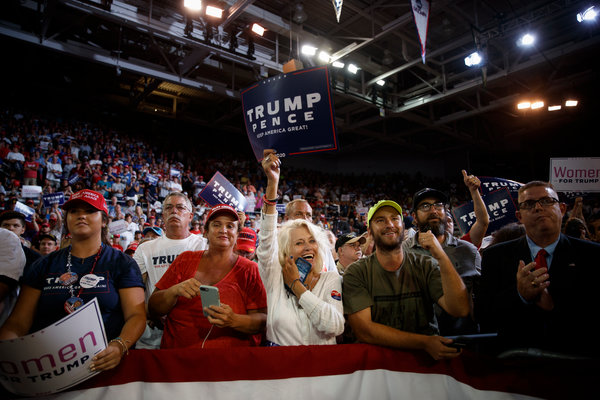 The Times is committed to publishing a diversity of letters to the editor. We’d like to hear what you think about this or any of our articles. Here are some tips. And here's our email: letters@nytimes.com.