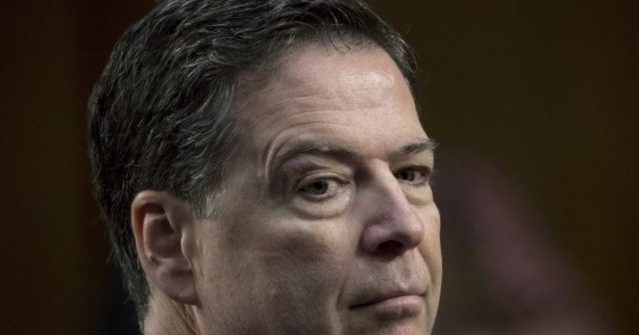 “He orchestrated the whole thing,” Giuliani said. “If you look back on it now, there was never any need for Mueller”:

“[Comey] should really apologize to the nation,” Giuliani said. “It’s not a good day when the director of the FBI is found to have violated just about every rule the FBI has … and in a case involving the president of the United States.”

“It doesn’t take a genius to figure out that what Comey was trying to do was to frame Trump,” he added.

That was the first time I said to myself Comey is a headhunter. The guy who is looking for scalps. Not a true prosecutor, which was kind of embarrassing because I held that office [of U.S. Attorney], and I hired the guy. But now for him to skate on perjury when he put people in jail for perjury —  it’s a questionable thing. Spitzer kind of got away with it. He wanted to put people in jail for being Johns, and then it ironically turned out he was one.

“Comey’s own, personal conception of what was necessary was not an appropriate basis for ignoring the policies and agreements governing the use of FBI records,” the report stated.

“We conclude that Comey’s retention, handling, and dissemination of certain Memos violated Department and FBI policies, and his FBI Employment Agreement,” it continued, although the DOJ ultimately declined to prosecute the disgraced official.

“Upon completing its investigation, the OIG provided its factual findings to the Justice Department for a prosecutorial decision regarding Comey’s conduct, as required by the Inspector General Act,” the office stated.

“After reviewing the matter, the DOJ declined prosecution,” it added.

Despite that, Giuliani promised that “prosecutions will happen.”

“With what I know about Ukraine and elsewhere, I am sure that this happened and went higher and lower than Comey,” he wrote in part. “Prosecutions will happen”:

IG report found Comey leaked and lied (was less than candid) as FBI Director. We all know he fixed the Hillary massive email, phone and server destruction case and tried to frame @realDonaldTrump. What a legacy! Oh, he prosecuted Martha Stewart for lying.

IG report on Comey shows that the Mueller investigation was an attempt to remove the President of the US based on a contrived, false charge? With what I know about Ukraine and elsewhere, I am sure that this happened and went higher and lower than Comey. Prosecutions will happen.

I was right about Comey, CROOKED COP!

“They are liars, and in my opinion, TRAITORS!” @LouDobbs talking about Comey and his dwindling group of friends.