Recently made public FBI records reveal that the agency virtually ignored evidence from private GOP-backed sources about a scheme in which Hillary Clinton associates tried to exploit her position as Secretary of State in order to profit from the 2011 turmoil in Libya she helped to create, according to RealClearInvestigations.

The documents, provided to the FBI in June 2016 as the agency was kicking its Trump-Russia investigation into high gear, allege that Clinton confidant Sidney Blumenthal sent her "a series of detailed memos and reports about Libya," which were intended as a "quid pro quo" which might help a post-Gaddafi Libya recover as much as $66 billion in offshore funds hidden by the slain strongman. 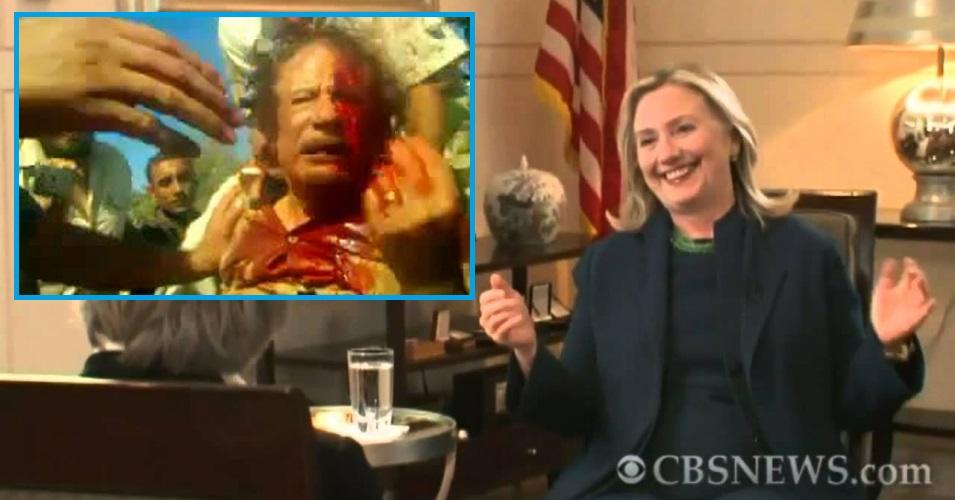 According to the private investigators funded by Judicial Watch: "Our evidence shows that Mr. Blumenthal was involved with a group of intelligence professionals seeking to repatriate asset[s] which were plundered and then exfiltrated by the [Gaddafi] family and hidden in various offshore localities."

If successful, Blumenthal and associates "stood to gain a brokers' cut of perhaps hundreds of millions of dollars."


The private Libya inquiry leaves important issues unsettled. The documents do not include emails or other original source material to support the allegations within. While claiming to possess evidence that Blumenthal and his associates had contracts and offshore accounts to repatriate the money, the documents say "no concrete evidence" was found suggesting Clinton acted to support the effort.

Yet if verified, the files might shed light on why Clinton kept her emails, tens of thousands of which have gone missing, out of normal government communication channels. -RealClearInvestigations

The documents, released as part of the FBI's case files for the Clinton email investigation, code-named "Midyear Exam," reveal that Blumenthal was deeply involved in the Libya affair with Clinton operative Cody Shearer. The two would later join forces to proffer anti-Trump talking points similar to the largely unproven Steele Dossier.

According to the report, "The FBI's acquisition of the Libya files made it freshly aware of Blumenthal's possible past motives - including personal financial gain - as he spurred an investigation meant to help defeat Donald Trump and elect Clinton."

What's more, FBI agent Peter Strzok "plated an especially pivotal role in the bureau's response to both sets of allegations."


The heavily redacted files are part of a 428-page FBI document dump posted on FBI.gov in June, which can be downloaded here (relevant pages: 318-380). The documents are labeled by the FBI as having been received on June 6, 2016 – a month before the first of Comey’s two exonerations of Clinton and roughly seven weeks before the FBI opened its counterintelligence probe of the Trump campaign, relying on the Steele dossier. They are watermarked as having been declassified in December 2016, after the presidential election.

Describing the genesis of the Libya inquiry, FBI notes say its methodology was conceived by private entities with data recovery expertise and that former House Speaker Newt Gingrich referred them to the watchdog group Judicial Watch for financial support. Gingrich, a Republican, did not reply to a request for comment from RealClearInvestigations.

Tom Fitton, president of Judicial Watch, confirmed that his organization funded the freelance investigative project, including research on the encrypted “dark web,” after the work was already underway -- “and then we found a key Libya-linked document suggesting Mrs. Clinton’s server was hacked by the Russians.”

He said his group passed the probe’s information on to the FBI team led by Strzok, the agent in charge of the Clinton email inquiry. -RealClearInvestigations

While the FBI files don't indicate how - if at all, the Libya allegations were pursued, it's clear that nothing came of the 'credible allegations' provided to the same agency which launched the Trump-Russia probe based on a rumor seeded by a self-described member of the Clinton Foundation, Joseph Mifsud.

Read the rest of the report here.