An illegal march in Hong Kong held on Tuesday to coincide with the 70th anniversary of Communist Party rule in China had mostly petered out by the late afternoon, as the bulk of protesters left the starting point near Sogo, the SCMP reports.

Still, as has become a pattern in recent weeks, a small but dedicated group of protesters clashed with police, hurling Molotov cocktails and coming to physical blows.

But for the first time since the protests started four months ago, a protester was shot by Hong Kong police officers on Tuesday.

As video circulating online shows, a group of protesters attacked a police van, hurling sticks and other projectiles. Several officers got out and tried to chase them away, but one of the officers slipped and fell to the ground, where he was assaulted by several protesters.

That reportedly led to the firing of several warning shots at the intersection of Waterloo and Nathan Roads in Kowloon. The shots can be heard in the video below:

A video circulating online shows warning shots fired as protesters and police clash at the junction of Waterloo and Nathan Roads pic.twitter.com/8WZPtAFhwC

Shortly after this incident, during a separate scene on Hoi Pa Street in Tsuen Wan, a man was shot in the chest with a live round: First responders and police were seen tending to the victim at the scene, though it's unclear whether he survived the shooting. 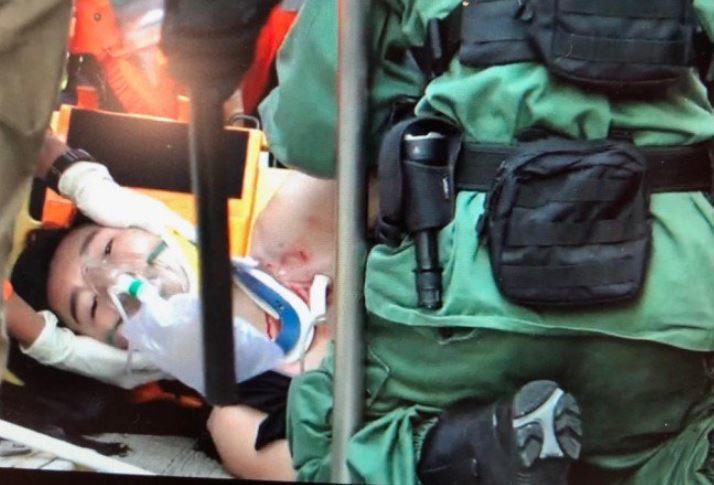 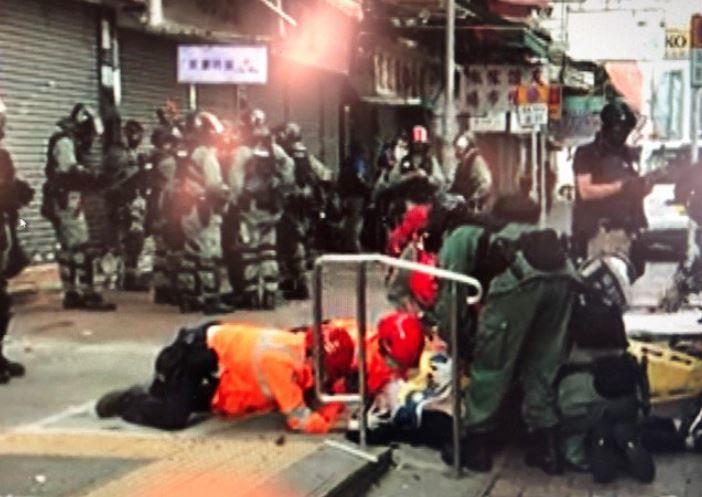 Once again, HK mass transit shut down, with 25 out of 91 stations closed across the city, including the entire Tsuen Wan line. 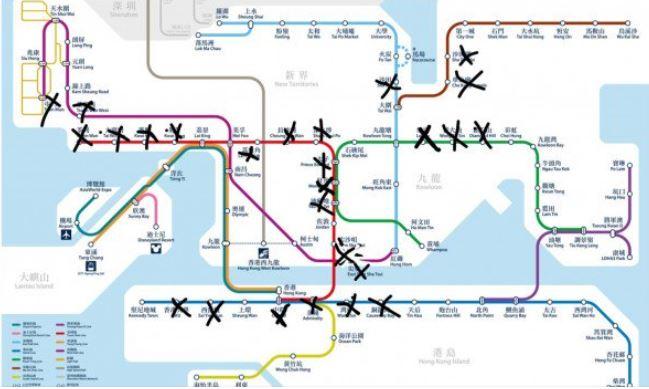 According to SCMP, five live rounds were fired during Tuesday's demonstrations. Though police haven't commented on the shootings, Reuters reports that the police said protesters threw a 'corrosive fluid' on officers in Tuen Mun, wounding several officers and reporters.

It's worth pointing out that the timing of this unprecedented escalation. Beijing has been pushing hard to discredit the protest movement, an effort that has met with limited success. But could this be the ultimate coup by the protesters to win back the sympathy of all Hong Kongers and rejuvenate the movement?