Organizers of America's First Anti-Communist Concert: 'We Are the Majority'

The organizers of the First Anti-Communist Concert in the USA believe that it has never been more important for those communities traumatized by totalitarian leftist regimes to vocally reject Marxist ideology.

Miami music icon Frankie Marcos and wife Mariori told Breitbart News in a bilingual interview that they hope the event – set for April 11, 2020, and featuring 20 and counting American and Latin American artists – will help expose “the threat that communism poses to the whole world from our [Cuban] standpoint, as the oldest communist dictatorship in Latin America.”

The project was born of the Cuban-American community and will feature prominent artists in that community such as Grammy Award winners Emilio Estefan, Willy Chirino, Paquito d’Rivera, and Arturo Sandoval. Marcos and his group Clouds, credited for helping create the Miami Sound music movement, will also perform, as well as singer-songwriter Amaury Gutiérrez, and reggaeton artist Chocolate MC. 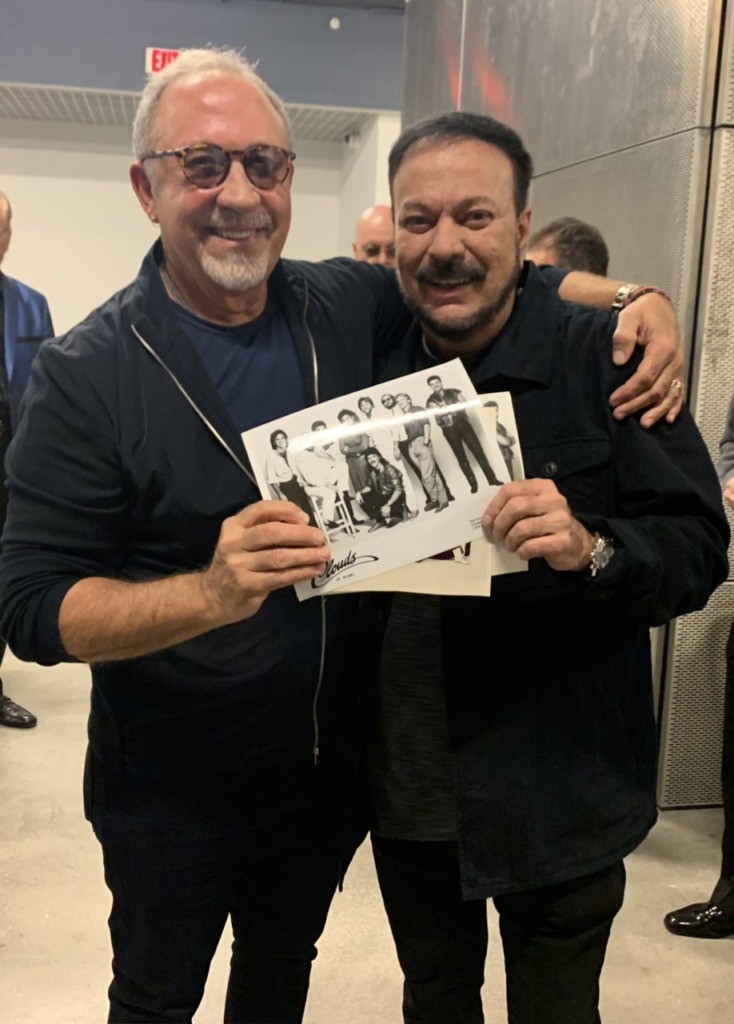 Marcos told Breitbart News he is happy with the “big response” the idea has received in the entertainment world, often identified as one of the most staunchly left-wing career paths. “We have had people change their schedules around, because artists are always traveling and they live off of that, so that they could attend the first anti-communist concert. So one feels very proud of the response from people, some who even said, how did it take this long for someone to do this?”

The Marcos’ both feel that there is growing momentum in the world against the tide of communist repression.

“We feel for the first time in many many many years that geopolitically, the membrane is polarized. There are so many things happening with important players like [conservative President Jair] Bolsonaro in Brazil, what [President Donald] Trump has done here, all this happening and the things that are happening in Latin America including Bolivia and other countries that we felt that this was the right time,” Mariori Marcos said.

Bolsonaro took office as the first conservative president this century in Brazil in January, after surviving an assassination attempt at the hands of a socialist attacker. In Brazil, socialist leader Evo Morales voluntarily resigned in November after nearly 14 years in power, the product of the Organization of American States (OAS) revealing extensive evidence of fraud in the election that would have granted him an illegal fourth term. His replacement, interim President Jeanine Áñez, has realigned Brazil away from socialist Venezuela and communist Cuba and restored diplomatic relations with the United States.

Both Marcos’ reject the mainstream media “common knowledge” that American Latinos are overwhelmingly left-wing and that growing Hispanic populations will benefit the Democratic Party.

“We have a voice and I think we are the majority,” Mariori contended, adding that she believes Hispanic Americans will move further right in response to the rise of openly socialist Democrats who embrace the regimes of Venezuela and Cuba. “I have to mention that there has been a drastic change in the Democratic Party that we see and is so evident. … their principles were totally different, their values were different, what they were fighting for was totally different. But this shift to the left is going to create an erosive reaction.”

Frankie Marcos offers a shorter answer on the claim that a Hispanic monolithic vote exists, and it skews left: “all the media lies, it’s just one lie after another.”

Both Marcos’ assert that the concert is not partisan, however, and any Democrat can participate – “all you have to do is be anti-communist” – but lament that their phone calls to local Democrats in Florida have remained unanswered at the time of our interview.

They hope that the concert’s appeal will not be limited to Latin America – communism is a threat to everyone, and momentum against Marxism is growing across the planet, particularly given the popularity of protests in places like Hong Kong and even within communist China.

“Miami is the face of the Cuban exile [community] but we tried not to limit this to Cubans, obviously … it would be wonderful if we could have an American artist to come and be part,” Mariori Marcos said.

“The concert defines you, whoever stands there, everyone knows now that he’s not a communist,” Frankie Marcos added.

And all Americans are invited to participate in an online campaign in anticipation of the concert called “I say present to the First Anti-Communist Concert in the United States.” The campaign urges Americans and global citizens to upload videos of themselves in support of the concert and stating why they oppose communism. Mariori Marcos notes that some participating have chosen to say they support the concern in the name of a loved one killed by communism, while others explain why they reject an ideology that has killed at least 100 million people.

“The concert is the culmination, is the celebration, of everything that will be accomplished from now until that day,” she added. “We want it to be from politicians, from public officials, from artists, from radio tv and press personalities as well as the general public uploading their videos.”

Organizers are urging supporters to use the hashtag #anticommunistconcert on social media.

Some artists have already uploaded Spanish versions of their videos.

The concert will benefit the Cuban Democratic Directorate (Directorio), a non-profit, nonpartisan organization that advocates for freedom in Cuba. While the timing of the concert lands it in the heat of the 2020 presidential race, Mariori Marcos clarifies that “all the funds generated from the concert will never be used for anything to do with elections or any partisan activities or things related to it leading to the election, before, during, or after.”

Directorio organizes campaigns to advocate for human rights in Cuba but has increasingly expanded its reach to other communities oppressed by communism. Co-founder and spokesman for Directorio Orlando Gutiérrez-Boronat has met in the past year with Taiwanese President Tsai Ing-wen and advocated for solidarity between the Cuban freedom movement and the Hong Kong protesters.

« Are We Witnessing The Coverup Of The Biggest Scandal In American History?Abortion Activist Amanda Marcotte: “Merry Christmas” is Conservative Code for “F— You” »