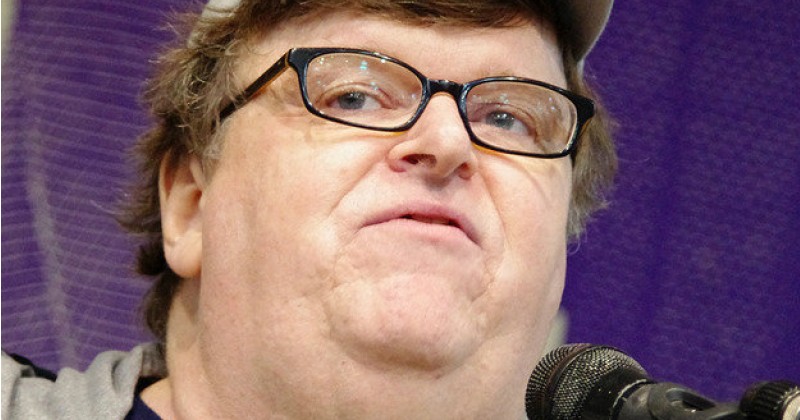 In an interview on Thursday with “Democracy Now!,” left-wing documentary filmmaker Michael Moore said if the presidential election were held today that President Donald Trump would win a second term.

“There’s no question in my mind that people who stayed home, who sat on the bench, they’re going to pour out, in California, New York and — you know, but also in Texas and whatever, I mean, places that Trump will probably win, but, yeah, there’s going to be a much higher percentage of people voting against him.” he added.

He continued, “The problem is, is that he will — if the vote were today, I believe, he would win the electoral states that he would need, because, living out there, I will tell you, his level of support has not gone down one inch.”

“In fact, I’d say it’s even more rabid than it was before because they’re afraid now. They’re afraid he could lose because they watched his behavior. So they are voracious in their appetite for Donald Trump.” Moore said.

In 2017, Infowars first broke the globalist plan to trigger an illegal impeachment causing a constitutional crisis. As Infowars reported in 2017, the Deep State is also planning to remove Vice President Pence to install Nancy Pelosi as the president, with Hillary Clinton as a close advisor if not the new Vice President.

via Alex Jones' Infowars: There's a war on for your mind! https://ift.tt/2Qrg7qD

« Bank of America: Trend For 2020s Will be the “End of Globalization”Donald Trump: John McCain ‘Not Very Nice’ for Spreading Russia Dossier »