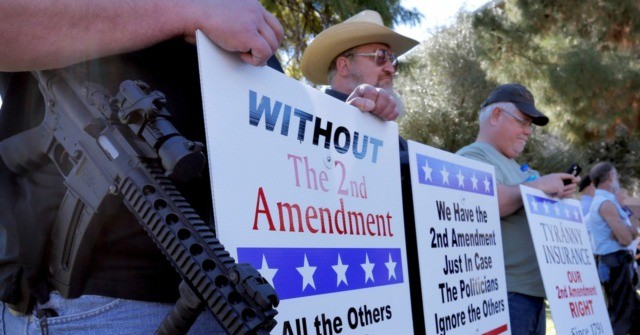 Virginia Beach adopted 2nd Amendment Sanctuary status January 6, 2020, making it the 118th local government in the state to do so.

On December 20, 2019, Breitbart News reported over 100 local governments in Virginia had declared themselves 2nd Amendment Sanctuaries. That figure included 86 of Virginia’s 95 counties and numerous cities and municipalities.

The Second Amendment Sanctuary movement in Virginia began just after November 5, 2019, the date on which Democrats won control of the state’s legislature. Gov. Ralph Northam (D) was quick to suggest he would use the Democrat majority to carry out a war on guns.

« Virginia Sheriff Will Not Enforce Unconstitutional Gun LawsIraq Backs Away from Threats to Expel U.S. Troops »