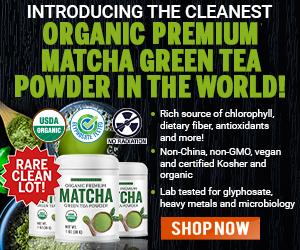 While Democrats flirt with treason in their opposition to President Donald Trump’s recent decision to take out one of America’s biggest enemies, Qassem Suleimani, and their propagandist allies in the “mainstream media” eulogize him as some kind of saint, it’s appropriate to remember not only who he was but who enabled him: Barack Hussein Obama.

First, Suleimani’s record of violence against the United States and, in particular, American forces in Iraq.

As head of the Quds Force in Iran’s Revolutionary Guards, Suleimani was responsible for carrying out Supreme Leader Sayyid Ali Hosseini Khamenei’s foreign policy throughout the Middle East.

In addition to dominating politics in neighboring Iraq and Syria, that policy includes financing, training and equipping scores of militant organizations in those countries as well as Lebanon — all of which are loyal to Tehran. These groups include Hamas and Hezbollah. The objective here is to box in Israel and, eventually, attack and destroy the Jewish state.

But also, the objective has been to keep the U.S. off-balance as it prosecuted the war against Iraqi militants in the wake of deposing dictator Saddam Hussein. In this realm, Suleimani and his commanders supplied weapons and other material support to Iraq’s anti-American militants, which resulted in the deaths of hundreds of American soldiers.

Almost 200 American troops were killed by Iranian-supplied armor-penetrating weapons during the Iraq war, according to declassified Pentagon data made public for the first time on Wednesday.

“According to the [U.S.] Central Command, at least 196 U.S. service members were killed in Iraq by Iranian-made explosive-formed penetrators (EFPs) from 2003 to 2011,” Sen. Ted Cruz (R-Texas) said during a Senate Judiciary subcommittee hearing, citing the declassified portion of a report provided to his office. Cruz said that number was being made public for the first time.

EFPs are a particularly nasty weapon. An EFP is a shaped charge that penetrated most armor used by coalition forces in Iraq to explode inside vehicles.


Doing a deal with the devil

Cruz also noted that U.S. Marine Gen. Joseph Dunford, who was serving as the chairman of the Joint Chiefs of Staff, testified during his confirmation hearing the previous month that as many as 500 U.S. troops had been killed by Iran-supplied weapons or, at the time, roughly 14 percent of American KIA casualties. And that number, of course, does not include troops wounded and maimed by Iran-supplied weapons.

At the same time Dunford was telling Congress this, President Barack Obama was actually enabling Soleimani — in pursuit of his precious “legacy” with the terrorism-sponsoring Iranian regime. (Related: PREPARE for Iran to activate terror cells across America and attack the power grid, water supplies and vulnerable infrastructure.)

As the UK’s Daily Telegraph reported in July 2015:

Qassem Suleimani, the head of the elite Quds Force in Iran’s Revolutionary Guards, fully deserves his reputation as one of the world’s leading terrorist masterminds.

For a decade or more he has been the driving force behind an array of Iranian-sponsored terrorist groups, from Hizbollah to Hamas, which have orchestrated a reign of terror throughout the Middle East.

Defense writer Con Coughlin noted further that not only did Soleimani’s handiwork lead to the deaths of British troops fighting in Iraq as well, but that he “was reported to have trained the Taliban” how to make IEDs that killed American troops in Afghanistan.

So, he continued, “you can imagine my amazement when, leafing through the more obscure annexes of President Barack Obama’s ‘historic’ deal with Iran (page 86 of the annex, to be precise) I found that Mr. Soleimani — as the White House no doubt now refers to him – has been granted an amnesty and taken off the list of proscribed Iranians – together with a number of senior members of the Revolutionary Guards.”

In other words, Obama agreed to let this scumbag off the hook for the years and years of terrorism he spread throughout the region, to include the deaths of American soldiers and those of our allies.

Overnight, Coughlin noted, Soleimani went from one of the world’s most wanted terrorist leaders “to the White House’s newest best friend.”


Obama is a traitor

That wasn’t all the Obama administration did to solidify a deal with Iran. He also sent pallets of cash — about $1.5 billion to be exact — aboard cargo planes to airfields in the middle of the night, money which was unquestionably later used to finance Soleimani’s terrorism (even then-Secretary of State John Kerry admitted that).

What’s more, as The National Sentinel reported in May, Obama and Kerry built in a funding mechanism that would keep cash rolling into the murderous regime:

There is a reason why POTUS Donald Trump believes that Obama’s second secretary of state, John Kerry, violated the Logan Act when he held secret negotiations with Iran last year: Because he thinks Kerry was trying to save a “nuclear deal” that included a generous revenue stream Tehran has used to spread terror that also threatens U.S. personnel.

As the Washington Free Beacon added, President Trump ended the funding mechanism through the imposition of tough sanctions, taking “unprecedented steps to roll back as series of cash windfalls authorized by the Obama administration that have lined the extremist regime’s pockets and enabled it to make strides in its ballistic missile technology, according to policy experts.”

Now, the question is, why would an American president make these kinds of deals with a country that has sworn itself to be our enemy? There can only be one answer: That president (Obama) is anti-American and treasonous. It is beyond belief that he would not only empower Iran, but reward its most heinous sponsors of terrorism, at a cost of hundreds of American lives, by, in part, absolving the man who is most guilty of those crimes.

No wonder the insane Left is so angry at President Trump for killing Soleimani: His actions reversed a policy decision by the god king Obama and they can’t abide by that.

Because they, too, are anti-American.

We have traitors in our midst; where is our political will to deal with them as the law provides?