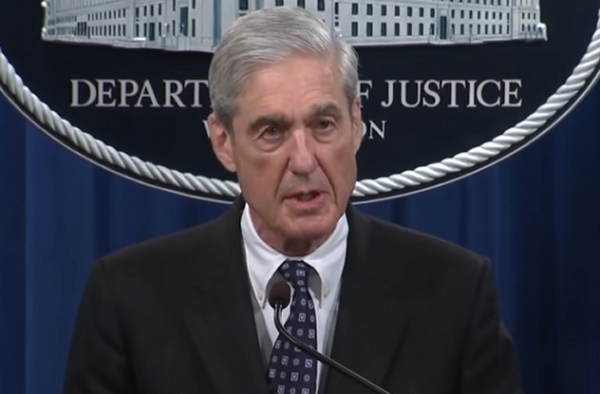 Two key pieces of so-called “Russian collusion” evidence have now been debunked — the fake Russia dossier and now the ‘black ledger’ which was used to smear Manafort.

Despite knowing there was no “Trump-Russia collusion” Mueller kept his witch hunt going because he wanted to interfere in the 2018 midterms and flip the House from red to blue.

“The ledger was completely made up,” cooperating witness and Manafort business partner Rick Gates told prosecutors and FBI agents, according to a written summary of an April 2018 special counsel’s interview.

In a brief interview with Just the News, Gates confirmed the information in the summary. “The black ledger was a fabrication,” Gates said. “It was never real, and this fact has since been proven true.”

Gates’ account is backed by several Ukrainian officials who stated in interviews dating to 2018 that the ledger was of suspicious origins and could not be corroborated.

As TGP previously reported, the ‘black ledger’ was published by left-wing media outlets in the summer of 2016 in order to attack Paul Manafort and ultimately forced him out of his position as Trump’s campaign chairman.

The ‘black ledger,’ just like the dossier, was used to purport evidence of Russian ties to President Trump’s 2016 campaign.

“The [NYT] article was completely false,” Gates is quoted as telling Mueller’s team in a written summary, Solomon reported. “As you now know there were no cash payments. The payments were wired. The ledger was completely made up.”

The ‘black ledger’ was used to launch a probe into Manafort and he ultimately ended up in prison for unrelated crimes.


via The Gateway Pundit https://ift.tt/2H6TdjT

« Instagram and Facebook Bans Censored.TV and Everyone Associated With it — Users Can No Longer Link to Their WebsiteTen US Oil Refineries “Grossly” Contributing to Higher Cancer Rates – Report »