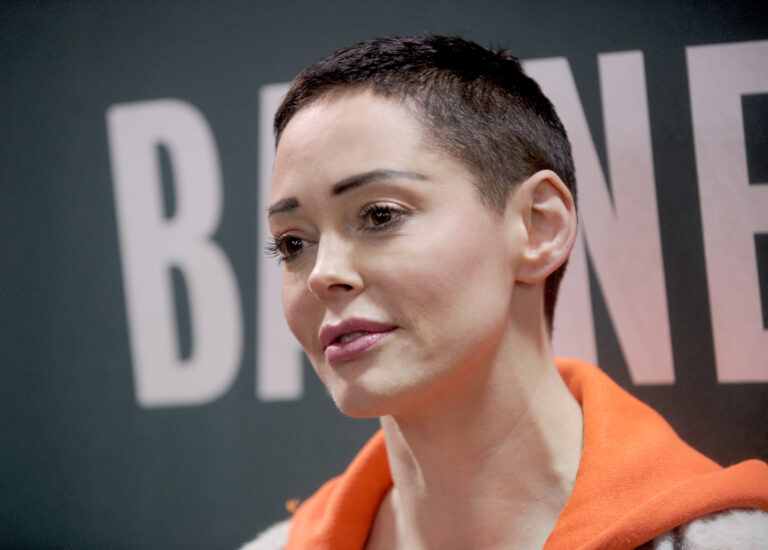 Actress and activist Rose McGowan is calling for the arrest of Bill Clinton after Ghislaine Maxwell was arrested this past week.

Calls for Clinton’s arrest as well as that of Prince Andrew may be a little premature. Until solid proof is laid out against the pair they are to be considered innocent.

Unlike Brett Kavanaugh whom the Democrats decreed as guilty without a single shred of evidence. But, that’s because he is a conservative.

No doubt there are some very rich and famous people who are deservedly scared that Maxwell will spill her guts and her life could even be in danger if she is ever released on bail. Since Epstein’s death, Maxwell has become the only source for inside information on the claims made by alleged victims.

Maxwell is charged with child trafficking and would be facing a long prison sentence and the only way to save herself from what would amount to a life sentence is to give prosecutors some big-name sex offenders. What do you think she will do?

Bill Clinton has been photographed aboard Epstein’s private jet, known as the “Lolita Express.” While the former president has denied visiting Epstein’s private Caribbean island, known as “Pedophile Island,” the recent Netflix documentary on Epstein features an interview with an island employee who claims to have seen Clinton there.

Rose McGowan is one of Hollywood’s most vocal advocates for sexual assault victims. The former Charmed star said that she was raped by Harvey Weinstein at the Sundance Film Festival in 1997. McGown has said that her allegations against Weinstein were ignored for years by powerful executives in Hollywood.

Maxwell was charged with sex trafficking minors for late financier Jeffrey Epstein. Prosecutors have alleged that Maxwell helped Epstein cultivate girls as young as 14 for sex between 1994 and 1997.