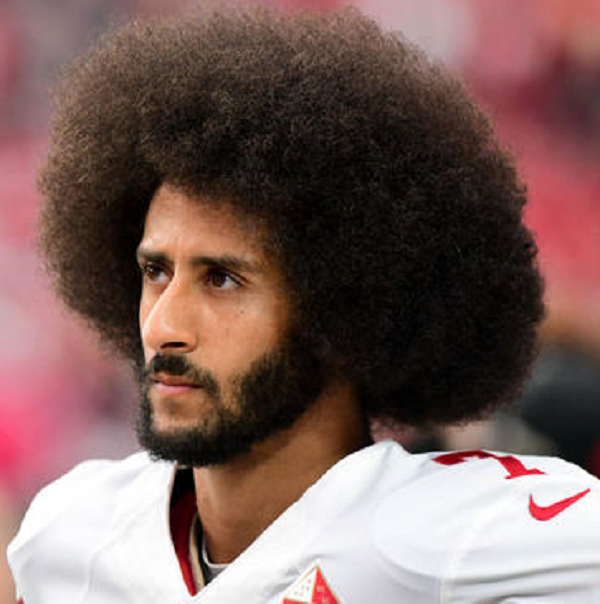 On Saturday, former NFL quarterback, and all-around crybaby, Colin Kaepernick, trashed the 4th of July holiday as a “celebration of white supremacy.”

“Black ppl have been dehumanized, brutalized, criminalized + terrorized by America for centuries, & are expected to join your commemoration of ‘independence’, while you enslaved our ancestors.  “We reject your celebration of white supremacy & look forward to liberation for all.” Kaepernick tweeted on social media.

Black ppl have been dehumanized, brutalized, criminalized + terrorized by America for centuries, & are expected to join your commemoration of “independence”, while you enslaved our ancestors. We reject your celebration of white supremacy & look forward to liberation for all.

It wasn’t America.  It was the Democrats.  This is a very important distinction to make, because you will hate your country forever if you think your country as a whole and as a foundation did those awful things to you, and you will never come to accept America, your country as much as mine, as the greatest country ever created, because of the freedoms all of us enjoy today.  If you focus the blame on the actual culprits, the slavery controlling Democratic Party, then you can actually do something about it.

Even today, cities that have been run by Democrats for decades have high crime, high unemployment, high drug and alcohol addiction rates, violence in the streets, etc.  They all suffer from the same ailments created by bad policies.  America isn’t making policies that cause all of these horrible experiences for innocent black people who make up those communities, the Democrats are.  You can’t blame America for policies created by the very party most black Americans cast their votes.  It’s maddening to think about.

It is a falsehood to say that the 4th of July is a celebration of white supremacy.  I don’t know any white person who thinks the 4th of July is about white power.  And I’m tired of hearing people say that I’m a racist even if I don’t act or think like one.  It just doesn’t compute.  Celebrating the birth of our nation is celebrating all of the freedoms and opportunities that all Americans enjoy today.  Yes, slavery was the darkest era of our past.  But we overcame it, and 600,000 people died to end it.  There are no official laws on the books today that put up roadblocks for black Americans to reach their best potential.  For many people that sounds like a crazy statement, but try to think of one.

Democrat cities produce lousy public schools for black children, and that does harm a child’s potential for greatness, but it’s not against the law.  It’s just the reality of really bad progressive Democrat policies designed to keep black children in failing schools.  So, the solution is to stop voting for Democrats.

If Kaepernick had to choose between the United States and cancer, he’d choose cancer.  Stop listening to him too, and remind yourself that you live in the greatest country on earth, and you have more opportunities to reach your God-given potential here than anywhere else.

The post Colin Kaepernick Misplaced His Rage Against America on 4th of July Instead of the Real Culprits appeared first on The Beltway Report.

« Stanford Doctor Confirms What We’ve Been Saying for Months – For People Under Age 45 the COVID-19 Mortality Rate is Almost 0%LISTEN: PAINE in the Morning — News Scoops & Analysis for Monday 7.6.20 »