Rep. Ayanna Pressley says Black Lives Matter is a Mandated Directive: ‘Pay Us What You Owe Us’ 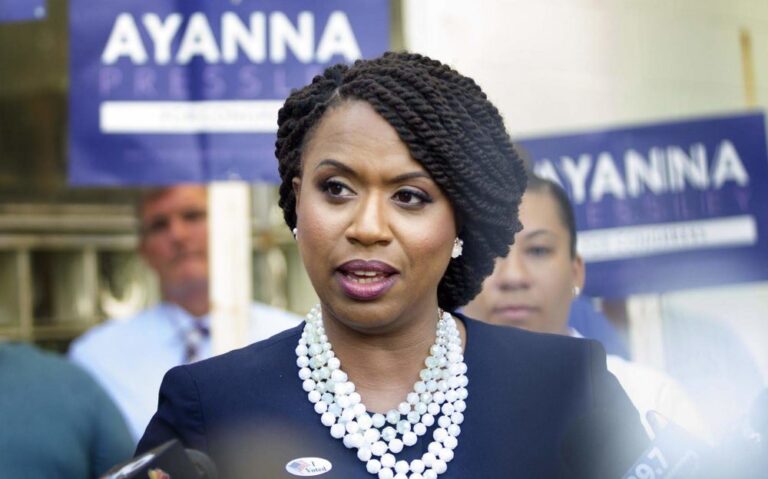 Rep. Ayanna Pressley (D-Mass.) said this week that BLM that was founded on a lie in the case of Michael Brown, is a directive to white people to pay Blacks what they owe them.

I assume that she is talking about reparations.

I will take responsibility for this. I will gladly pay every slave I ever owned the sum of one million dollars.

And if Blacks are deserving of reparations, should the United States pay Blacks or should they give the money directly to all of the Jewish people in the world?

After all, Blacks say they were the Egyptians who used Jews as slave labor to build the pyramids for centuries. It was dangerous work and is much more dangerous than picking cotton.

Make no mistake, slavery was evil. Nobody has the right to own another human being and it is something that should never have happened in this country.

Well over three hundred thousand white soldiers were killed or died of disease to end slavery in this country, with many more grievously wounded.

“I rise today on behalf of every black family that has been robbed of a child,”

“We have been criminalized for the very way we show up in the world. Under the harsh gaze of far too many, my black body is seen as a threat, always considered armed. Centuries of institutionalized oppression will not be undone overnight, for racism in America is as structural as the marble pillars of this very institution.”

“With the power of the pen, we must legislate accountability, dismantle these systems, and move in the direction of justice and healing. The Justice in Policing Act is a critical step forward and I applaud the leadership of the Congressional Black Caucus. But our work is unfinished. There is a rallying cry in communities across the nation. Black Lives Matter is a mandate from the people. It’s time. Pay us what you owe us.”

“Our black skin is not a crime. It is the beautiful robe of nation builders. Thank you, I yield.”

The post Rep. Ayanna Pressley says Black Lives Matter is a Mandated Directive: ‘Pay Us What You Owe Us’ appeared first on The Beltway Report.