The left has just forced out one the remaining real journalist from the New York Times. We are not talking about a conservative, but an actual moderate, who lets a story go where it leads and report it to the readers, for their evaluation. This world view is no longer wanted at this propaganda outlet.

Bari Weiss, a non-leftist at the New York Times, has issued a brutally honest resignation letter.  As you go through it, you see a few, somewhat naive expectations, as she joined the well known, political activist, hit piece publication. 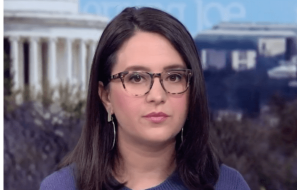 The political centrist held no punches in describing the work environment as “toxic” for those not pushing a liberal agenda. She said she was called a “Nazi” and a “racist” by her colleagues, while leadership hardly stepped in.

In her letter to Times Publisher A.G. Sulzberger, Weiss explained why she first joined the times in 2017. Her reasoning? To bring honest balance to giant news platform:

I was hired with the goal of bringing in voices that would not otherwise appear in your pages: first-time writers, centrists, conservatives and others who would not naturally think of The Times as their home. The reason for this effort was clear: The paper’s failure to anticipate the outcome of the 2016 election meant that it didn’t have a firm grasp of the country it covers.

But the lessons that ought to have followed the election—lessons about the importance of understanding other Americans, the necessity of resisting tribalism, and the centrality of the free exchange of ideas to a democratic society—have not been learned. Instead, a new consensus has emerged in the press, but perhaps especially at this paper: that truth isn’t a process of collective discovery, but an orthodoxy already known to an enlightened few whose job is to inform everyone else.

She continued to describe how the New York Times has derailed from objective professional journalism and now caters to a leftist narrative. 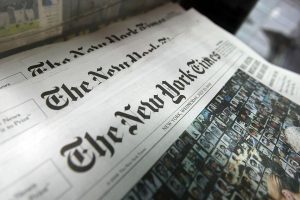 Stories are chosen and told in a way to satisfy the narrowest of audiences, rather than to allow a curious public to read about the world and then draw their own conclusions. I was always taught that journalists were charged with writing the first rough draft of history,” she wrote. “Now, history itself is one more ephemeral thing molded to fit the needs of a predetermined narrative…Why edit something challenging to our readers, or write something bold only to go through the numbing process of making it ideologically kosher, when we can assure ourselves of job security (and clicks) by publishing our 4000th op-ed arguing that Donald Trump is a unique danger to the country and the world? And so self-censorship has become the norm.”

The hostility at the Gray Lady seemed to be overlooked by Weiss’s superiors, as she explained their apathy towards disparaging comments by peers even while being praised by her leadership.

“I certainly can’t square how you and other Times leaders have stood by while simultaneously praising me in private for my courage. Showing up for work as a centrist at an American newspaper should not require bravery,”

Weiss also mentioned how there are likely several writers at the New York Times who feel the way she does. She gave a list of rules that would be well-suited for a New York Times employee who was more concerned about their career than their duty to objectively report.

All this bodes ill, especially for independent-minded young writers and editors paying close attention to what they’ll have to do to advance in their careers. Rule One: Speak your mind at your own peril. Rule Two: Never risk commissioning a story that goes against the narrative. Rule Three: Never believe an editor or publisher who urges you to go against the grain. Eventually, the publisher will cave to the mob, the editor will get fired or reassigned, and you’ll be hung out to dry.

“We appreciate the many contributions that Bari made to Times Opinion. I’m personally committed to ensuring that The Times continues to publish voices, experiences and viewpoints from across the political spectrum in the Opinion report,” Kingsbury said. “We see every day how impactful and important that approach is, especially through the outsized influence The Times’s opinion journalism has on the national conversation.”

With just a little effort, it is easy to verify that Kathleen’s statement to Fox was blatantly dishonest. The NYT has only promoted one opinion, unabated for decades. You would be hard-pressed to find a handful of objective New Yorkers, who would define their publication of balanced.

Bari, I believe nailed it, in her assessment for the longing for a free press in our country.

For these young writers and editors, there is one consolation. As places like The Times and other once-great journalistic institutions betray their standards and lose sight of their principles, Americans still hunger for news that is accurate, opinions that are vital, and debate that is sincere. I hear from these people every day. “An independent press is not a liberal idea or a progressive ideal or a democratic ideal. It’s an American ideal,” you said a few years ago. I couldn’t agree more. America is a great country that deserves a great newspaper.

Hopefully, Bari Weiss finds a position with or starts her own, more balanced news platform, adding needed content in the news cycle. As a conservative, I am sure I will not agree with some of her positions, but under our 1A, this is how our founders had envisioned it.