What is Twitter; chaos, anger, and some news? I don’t see much else of their platform and after President Trump leaves office, they will lose millions of more active users. One thing for, if you are a Sports Illustrated swimsuit model, and married to John Legend, any negative news about you brings out the attack dogs from some of Twitter’s massive active users.

Teigen found herself caught in the midst of the Epstein controversy when social media users started sharing uncorroborated flight manifest logs of Epstein’s jet that showed her her name right after Maxwell was arrested.  Maxwell is accused of helping the late financier lure girls to be sexually abused by him.  Epstein was accused of sexually assaulting dozens of girls and young women over a span of decades.

Maxwell is charged with being involved in a multi-state sex trafficking ring.  Formal charges are conspiracy and perjury in a case involving three anonymous minors between 1994 and 1997.  She pleaded not guilty in court on Tuesday.

Last week the model slammed Twitter trolls for alleging she once flew on the disgraced financier’s private jet, the Lolita Express, which travels to what is aptly named Epstein’s “Pedophile Island” where it is alleged that many Hollywood stars and moguls, prominent politicians and filthy rich liberals have traveled over the years. 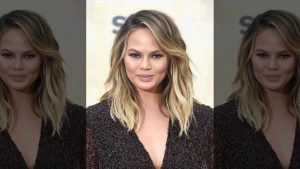 Teigen denies the allegations fiercely, but seriously, who wouldn’t?  No one is going to admit they went to Epstein’s island knowing its reputation for debauchery and depravity which she vehemently denies amid her own denouncing of Epstein’s girlfriend Ghislaine Maxwell, led to her doing a massive block of about a million accounts on Tuesday to escape the Twitter traffic coming at her.

“I have block chained over one million people, ONE MILLION people today and I am still flooded with sick psychopaths. So please, spare me the ‘just ignore them, they’re just trolls,’” she tweeted.

I have block chained over one million people, ONE MILLION people today and I am still flooded with sick psychopaths. So please, spare me the “just ignore them, they’re just trolls”

Teigen went on to declare that she’s going to do her “best to stop entertaining them.”

“They have definitely been living for this and have zeroed in on ONLY me. Thank u to EVERYONE for helping me, in and out of the dm’s,” she added.

Anyhow I’ll do my best to stop entertaining them. They have definitely been living for this and have zeroed in on ONLY me. Thank u to EVERYONE for helping me, in and out of the dm’s. People I’ve never met have been so, so kind and huge thank you to @yashar especially

Hours prior, Teigen admitted that the conspiracy theory that links her to Epstein led her to fear for her family’s safety. She also claimed to have been called a “pedophile” online.

“this I don’t get. everyone thinking I’m guilty because I’m defensive. You understand you are calling me a pedophile, correct?” Teigen replied to a now-deleted tweet.

This whole story is a sad commentary of some in our culture. Millions of people follow celebrities, which somehow makes them feel like they have connected with a famous person, and the celebrity gets to have their ego pumped up even more. On the reverse, if these people turn on the celebrity, everything goes South. This may never end unless some irrefutable proof comes out that she was not involved with Epstein nor ever on his flight to sex island. I for one, will not be revisiting this fiasco and wish her good luck.

« Indianapolis Police Release Surveillance Photos From Time of Jessica Whitaker’s Murder, Seek Help Identifying Potential SuspectsPeter Navarro Op-Ed: ‘Fauci Has Been Wrong About Everything I Have Interacted with Him On’ »