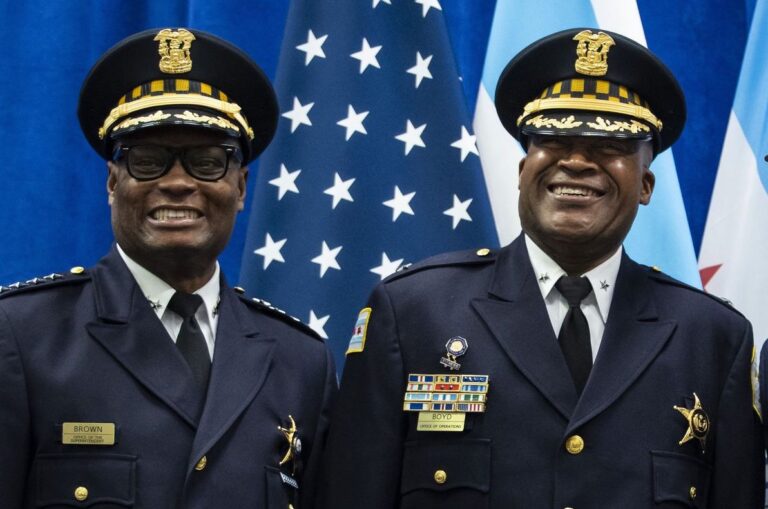 … In Wisconsin, Franklin Police Chief Rick Oliva said, “It is apparent there is a lack of commitment to provide the Milwaukee Police Department with the resources it needs to ensure the safety of peaceful protesters, attendees, citizens and police personnel. I can not send personnel if they are not properly equipped or will not be allowed to engage in appropriate actions which would ensure their safety.”

"The protesters are mothers, veterans and mayors." – J GoNadlerhttps://t.co/17jmFjwFKL

At a time when rioting anarchists are amping up their attacks by embedding nails into commercial grade fireworks, police are being stripped of even the non-lethal tools they need to defend themselves.

On their best days, cops in uniform are sitting ducks.  These aren’t the best of times for police.  They have a difficult task that doesn’t always have a happy ending.  They see things, and interact with criminals in ways that most people can’t imagine.

That fact had opened the door for anarchists – Democrats and the media among them – to engage in endless ad hominem attacks that have turned the public against the police and demoralized these public servants.

Less than two weeks ago, a decorated 30-year veteran of the Chicago PD, Dion Boyd, was promoted to Deputy Chief of the department.  Yesterday he was found dead of an apparent suicide at the Homan Square facility on the West Side of the city.

It did not take a brain surgeon to see this one coming from a mile away.  The Democrats seem to have made some ‘calculated’ decision to seemingly adopt a platform that includes defunding, or at the very least disavowing any support for law enforcement whatsoever. I’m unsure if this is on their written platform, but it sure seems to be the stance many Dems are taking these days.

It is beyond me how alienating the over 800,000 men and women who put their butts on the line day in and day out to keep our streets and businesses safe (and their families) would be considered a good idea.  Never mind the fact that doing so is completely unethical.

Police are not perfect, but then neither are any of their critics.

“There’s something you should know about police officers… They know what people are capable of in ways that most, thankfully, do not.

“They have seen firsthand the cigarette burns on an infant’s back.  Or, the black eyes and the sideways jaw on an eighty-year-old rape victim and they assume the worst.

“And they take that on so that good people can go about their lives and think generously about their fellow man.  They provide that luxury.” – Frank Reagan

Police see the worst of what humans are capable of.  Now they also have targets on their backs.  What part of this equation is hard to understand?