Over 100 Police Agencies Tell Democrats To Get Lost, Are Refusing to Work The Democratic National Convention According To Fox News 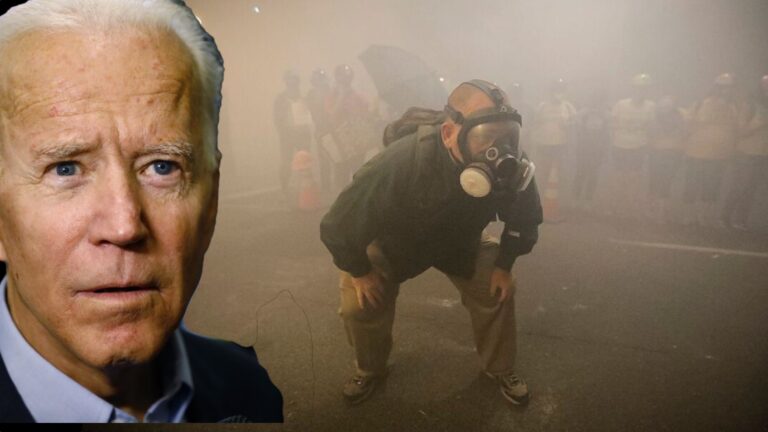 Opinion| It did not take a brain surgeon to see this one coming from a mile away.  The Democrats seem to have made some ‘calculated’ decision to seemingly adopt a platform that includes defunding, or at the very least disavowing any support for law enforcement what so ever. I’m unsure if this is on their written platform, but it it sure seems to be the stance many Dems are taking these days.

It is beyond me how alienating the over 800,000 men and women who put their butts on the line day in and day out to keep our streets and businesses safe (and their families) would be considered a good idea.  Never mind the fact that doing so is completely unethical.

However, ‘ethics’ has not stopped man on the left from bashing the police and going so far as to call for their ‘defunding.’

If you think that the Democrats’ decision to ‘turn on’ the men and women in blue is not having an effect on the morale of law enforcement, you are dead wrong.  Just listen to the testimony of Rich Walker, a Minneapolis Officer, who says that:

Minneapolis Officer Rich Walker describes the havoc Democrats' insane push to defund the police is having on police officers:

“Our morale has never been lower … The hatred for [us] has never been more evident. Right now, it’s Minneapolis. But it’s spreading." pic.twitter.com/IGrSf1nDjk

He predicts that 25% of the police force is going to quit over the Democrat induced, or at the very least, endorsed, push to ‘defund the police’ which has put a target on the back of each and every man or woman in uniform.

So if should come as no surprise when the Democratic National Convention is having a hard time finding cops who are willing to put their lives on the line to work in what I would bet is going to be a war zone.

I would imagine that each and every cop is thinking about what some of Bernie Sander’s staff had suggested would happen if the Bernie Bro’s did not get their Marxist the nomination:

Now the local authorities are limiting the crowd control techniques that the police are able to deploy against, what is sure to be, an out of control crowd of black block styled ‘protesters’ as the media likes to call them.

‘At least three Wisconsin police agencies are pulling out of security agreements to send personnel to next month’s Democratic National Convention over orders that would prevent officers from using certain crowd control measures during protests.

The Fond du Lac, Franklin and West Allis police departments were part of a collective of outside agencies poised to send 1,000 officers to secure the event, which will run from Aug. 17-20 and where Joe Biden is expected to be named the party’s presidential nominee. The action comes after the Milwaukee Fire and Police Commission directed Milwaukee Police Chief Alfonso Morales to change department policy to restrict the use of tear gas and pepper spray.

The civilian oversight commission issued the directive last week in response to the use of tear gas on crowds during protests following the death of George Floyd. The event, which will be held at the Wisconsin Center in downtown Milwaukee, has been scaled down to a mostly virtual event.

Only around 300 people are expected to attend in person.’

Police Chief of Fond du Lac, William Lamb, explain to the Milwaukee Journal Sentinel that they are expecting more agencies to withdraw from the event as well.

“We regret having to do that,”  “We respect the Fire and Police Commission’s decision. But in this particular case, we strongly disagree with the actions they’ve taken,‘ the Police Chief stated

“We believe in removing those tools, the use of chemical irritants or pepper spray, from the available resources that the law enforcement officers would have at their disposal if protests become non-peaceful would severely compromise the safety of the public and also the safety of the law enforcement officers who would be assigned to protect the DNC,”  and he is right.

However, the Democrats do not care, they seem willing to sacrifice the safety of, and what I can only imagine will end up being, the lives of, some of the bravest men and women in the country in order for them to obtain the power to further oppress the American people.

“I can not send personnel if they are not properly equipped or will not be allowed to engage in appropriate actions which would ensure their safety,” Lamb explained.  At this point, can anybody blame him?

If you have a family member that is in Law Enforcement and you vote Democrat this year, I hate to say it, but you are out of your mind.  To be honest, it would be down right dangerous to do so IMHO.

The post Over 100 Police Agencies Tell Democrats To Get Lost, Are Refusing to Work The Democratic National Convention According To Fox News appeared first on The Beltway Report.

« Democrat Sanctioned Terrorism: Antifa-BLM Protesters are Packing Their Fireworks Bombs with NailsGOP Chairwoman Ronna McDaniel: Enthusiasm For Trump Higher In 2020 Than It Was In 2016 »