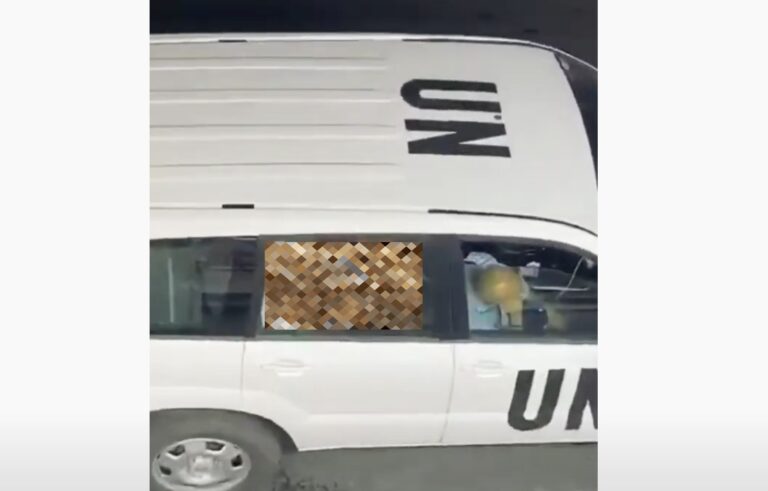 Opinion|  We have all heard the phrase ‘power corrupts and absolute power corrupts absolutely.’  You need to look no further than the globalist viper pit that is the United Nations to realize just how true this is.

I would tell you about how the World Health Organization is in bed with China and Bill Gates, how they completely botched the response to, and perhaps even did the bidding for communist China, when it came to the … thing I can’t talk about if I want to keep my Facebook profile and pages.

Thankfully, President Trump can talk about it, and did something about it when he recently announced that the United States was pulling out of the WHO, stating that “China has total control over the World Health Organization”

The UN has a long history of being one of the most destructive bodies on the face of the Earth, IMHO.  The fact that it’s ‘Human Rights Counsel’ has Bahrain on it is a shining example of it’s absurdity:’

The UN is a shining example of why consolidated, unelected power structures are one of humanity’s worst ideas ever conceived.

This is further evidenced by one of the body’s most recent scandals … an alleged sex tape of sorts, which was apparently filmed in an official United Nations vehicle.

‘“A third male international staff member who was in the UN vehicle in Tel Aviv has also been identified as having engaged in alleged misconduct,” a statement by the U.N. Truce Supervision Organization (UNTSO) said.

“The staff member has been placed on Administrative Leave Without Pay, pending the results and conclusion of the ongoing [Office of Internal Oversight Services] investigation,” the brief statement said.

The move is in response to the video, which published last month by Inner City Press, an online outlet that for years has shined a light on corruption at the world body. The video shows a woman in a red dress straddling a man in the back seat of a vehicle with U.N. markings as the motorist drives off.

The footage quickly went viral online and the U.N. announced that it would be investigating the matter. A spokesman for U.N. Secretary-General Antonio Guterres said that the chief was “shocked and deeply disturbed by what is seen in the video” and that it “goes against everything that we stand for and have been working to achieve in terms of fighting misconduct by U.N. Staff.”’

A short time later, the UNTSO public stated  that two male UN employees in the car were put on leave after their identities were discovered “as having engaged in misconduct, including conduct of a sexual nature.”

The United Nations is a joke and their goal of creating a one world, totalitarian government, could not be more obvious. It’s time we remove ourselves from the United Nations completely and evict the perverts and despots from the isle of Manhattan once and for all.

The post Third UN Employee Put on Leave After Video of Sex Act In An Official United Nations Vehicle Surfaces According To Allegations appeared first on The Beltway Report.