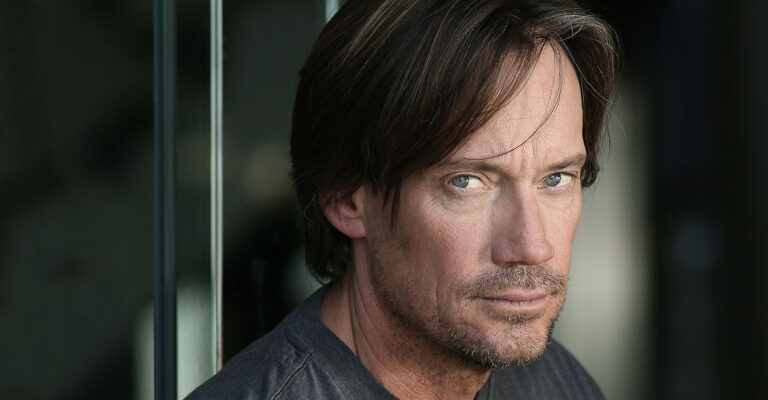 Opinion|  I like baseball.  A lot of Americans like baseball, that’s one of the many reasons why it is referred to as ‘America’s pastime.’

The Romans had their own version of ‘baseball’ and it took place in arenas such as the famous Roman Colosseum.  There, the public, consisting of the most wealthy and power Romans, all the way down to the some of the poorest of Roman society, including slaves, would congregate and watch all sorts of entertainment including Gladiators fighting and often to the death.

Much like America’s baseball stadiums, ‘The Colosseum could hold an estimated 50,000 to 80,000 spectators’ Wikipedia explains.

‘According to the Codex-Calendar of 354, the Colosseum could accommodate 87,000 people … They were seated in a tiered arrangement that reflected the rigidly stratified nature of Roman society. Special boxes were provided at the north and south ends respectively for the Emperor and the Vestal Virgins, providing the best views of the arena.’  Look at that, ‘owners boxes’ have been around for thousands of years.  The only difference was back then the Emperor did own people and the gladiators were not some of the most wealthy members of society.

There were some levels in-between, but as the dead got further away from the action, Wikipedia states that the seating was divided as follows:

Another level, the maenianum secundum in legneis, was added at the very top of the building during the reign of Domitian. This comprised a gallery for the common poor, slaves and women.

Interestingly,  ‘Some groups were banned altogether from the Colosseum, notably gravediggers, actors and former gladiators.’

I’m sure you are thinking, why are you telling me this? Well, a bunch of reasons.  The main point is that sport has a long history of having been used by ‘the powers that be’ as a diversion, where people from all segments of society (or in ancient Rome’s case all except actors an a few others

) could gather and ‘escape’ from the politics and division present in everyday life.

Just as in Roman times, our stadiums are set up in a similar way today. Except everyone is welcome, the difference is that today, where you sit, is based on how much you are willing to pay.  Almost anyone can afford to sit in the best seats in the house … maybe not consistently, or in Yankee Stadium (unless they save up for a looooong time,) but down here in Tampa Bay, literally just about anyone with a job can sit almost on the field.

When looking back at Roman times we often refer to the ‘bread and circuses’ as things that the elite provided to the populace in order to keep them in line.  The reason these sporting events were successful was that they provided an ESCAPE.

Major League Baseball used to be a great escape for many Americans … up until this year.  The decision by the MLB to seemingly embrace the Marxist lead ‘Black Lives Matter’ cult is doing way more to divide the nation than to bring it together, in my view.

There is something especially ironic about a bunch of men, among which a much larger percentage are ‘POCs’ than in American society as a whole, and who are among the highest paid people in the entire stadium, preaching to us about how racist and discriminatory our society is, that just does not sit right with me.

‘Today, and every day, we come together as brothers. As equals, all with the same goal – to level the playing field. To change the injustices. Equality is not just a word. It’s our right!

Today we stand as men from 25 nations on 6 continents.

Today, and every day, we come together as brothers. As equals, all with the same goal – to level the playing field. To change the injustices. Equality is not just a word. It’s our right!

Today we stand as men from 25 nations on 6 continents.

Today, we are one. pic.twitter.com/vKUGdRfwgQ

The insinuation that America is a bastion of hate is not only incorrect, in my experience, it’s also absurd having some of the richest ‘Black and Brown’ folks on the planet tell me how evil the country is.

Are poorer Americans more likely to have a rougher go, of course.  Are children with a single parent more likely to end up worse off in life, you bet.  Are police sometimes out of control and abuse their power?  You bet.  Should we work to stop this?  Of course.  Should we throw out the window everything that made America the most powerful nation on Earth, the best place to live, where people are literally dying to find a way to get here and install the system which has lead to the death of more people than perhaps any other ideology in the 20th century, collectivism? How about NO.

As if this was not enough, MLB has seemingly embraced, not the idea that ‘black lives matter’ an idea with which I would estimate 99% of Americans agree, but from what I can tell, the ‘Black Lives Matter’ political organization.  An org that was founded by self described Marxists.  If there is one thing that is ‘Un-American’, it’s Marxism.

Sorbo retweeted the meme saying ‘Yep…it is right on their website. Just look at it.’

Yep…it is right on their website. Just look at it. https://t.co/iE1Yp3kMao

While I did not find any overt mentions of ‘Marxism’ on their website, the ‘What We Believe’ page refers to members as ‘comrades’ and goes on to state:

‘We disrupt the Western-prescribed nuclear family structure requirement by supporting each other as extended families and “villages” that collectively care for one another, especially our children, to the degree that mothers, parents, and children are comfortable.

We foster a queer‐affirming network. When we gather, we do so with the intention of freeing ourselves from the tight grip of heteronormative thinking, or rather, the belief that all in the world are heterosexual (unless s/he or they disclose otherwise).’

I think what Sorbo was referring to is this confession made by Patrisse Cullors, a ‘co-founder’ of Black Lives Matter, in which she pushes back on the idea that the movement does not have a defined cause, stating that she and her friend are ‘trained Marxists.’

‘Black Lives Matter co-founder Patrisse Cullors said in a newly surfaced video from 2015 that she and her fellow organizers are “trained Marxists” – making clear their movement’s ideological foundation, according to a report.

Cullors, 36, was the protégé of Eric Mann, former agitator of the Weather Underground domestic terror organization, and spent years absorbing the Marxist-Leninist ideology that shaped her worldview, Breitbart News reported.

“The first thing, I think, is that we actually do have an ideological frame. Myself and Alicia in particular are trained organizers,” she said, referring to BLM co-founder Alicia Garza.

“We are trained Marxists. We are super-versed on, sort of, ideological theories. And I think that what we really tried to do is build a movement that could be utilized by many, many black folk,” Cullors added in the interview with Jared Ball of The Real News Network.

While promoting her book “When They Call You a Terrorist: A Black Lives Matter Memoir” in 2018, Cullors described her introduction to and support for Marxist ideology.’

Sorbo was not done there, later he tweeted the following memes:

The SF Giants pitcher who refused to kneel before the left’s God, Marx, went on to say “I don’t think I’m better than anybody. I’m just a Christian,” … “I believe I can’t kneel before anything but God, Jesus Christ. I chose not to kneel. I feel if I did kneel I’d be a hypocrite. I don’t want to be a hypocrite.”

I do not know about you, but I will not be buying the MLB package this year (if there even ends up being a season to watch.) I’d rather spend my time with my family and doing good works in my community.  Works that I will not be posting on social media, seeing as if more than two people know about a good deed you’ve done, you didn’t do it out of the goodness of your heart, but rather as a form a public relations … Maybe someone needs to tell all those Hollywood actors that, but hey, that’s none of my business.

The post Actor Kevin Sorbo Calls Out The ‘Black Lives Matter’ Organization, Says That They Promote Marxism appeared first on The Beltway Report.