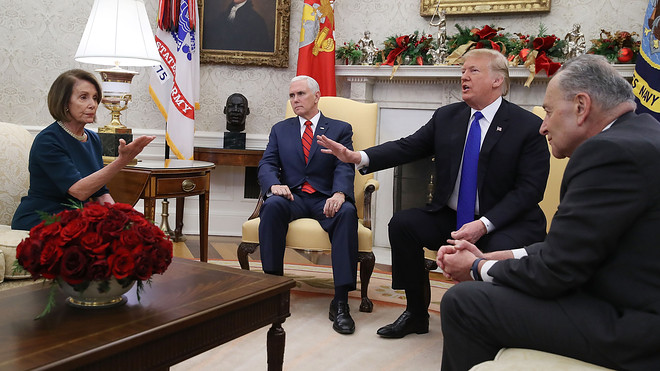 With another CCP virus relief bill tied up in the House due to Democrats holding conservatives hostage over their refusal to sign on to the middle-class aid package unless a Christmas list of far-left bailouts tripling the cost of the bill were included, the president acted unilaterally by signing four executive orders.

At the crux of President Trump’s frustration was Pelosi’s insistence on including an additional $2 Trillion that had nothing to do with CCP virus relief.

Realizing Americans were facing financial hardship through no fault of their own, President Trump decided to act through the issuance of four Executive Orders…

The first executive order signed is a payroll tax holiday for Americans making less than $100,000 [Details Here] President Trump stated: “If I’m victorious, November 3rd, I plan to forgive these taxes and make permanent cuts to the payroll tax and to make them more permanent.”

The second executive order is directed to “the Department of Housing and Urban Development, HHS and CDC, to make sure renters and homeowners can stay in their homes.“ [Details Here]

“The third executive action I’m taking today will also provide additional support for Americans who are unemployed, due to the China virus. Under the CARES act I proudly signed, I expanded unemployment benefits into law.” Benefits will be $400/week. [Details Here]

The President's fourth directive today extends relief to student loan borrowers through the end of the year. pic.twitter.com/sfZNOs0WlT

The fourth executive order is a “directive providing relief to student loan borrowers.” The policy will be extended through the end of the year. [Details Here]

President @realDonaldTrump’s support for our most vulnerable Americans exemplifies the decisive leadership needed in this time of national crisis. Thank you, Mr. President, for putting the American people first.

In normal times Pelosi would be rushing to court to defend the House’s control over the nation’s purse strings.  These ain’t normal times.

Trump has forced Pelosi into either accepting the president’s decrees or going to court to prevent the relief package sorely needed by her constituents and then having to explain why the extra pork is needed in a time of financial crisis.

And here’s the kicker, even if Pelosi takes this to court there’s no longer a guarantee that the Supreme Court will side with her thanks to its recent ruling on DACA..

1. President Trump had no choice but to issue the Executive Orders this afternoon, and given that Obama instituted DACA without legislation and John Roberts seemed okay with that, the president's DOJ will have strong grounds on which to defend them.

Where are all those MSNBC and CNN commentators crowing about how the politically ‘brilliant’ Pelosi is going to school outsider Donald Trump, now?

« This Is Big! Trump’s Monthly Approval Rating with Black Voters Holds at 36% Approval‘SOMEBODY NEEDS TO GO TO JAIL FOR THIS’: Graham Says New Document Shows FBI Deceived Senate During 2018 Briefing On Steele Dossier »