New Book Claims Trump Punished Jeffrey Epstein In 2007, Long Before Many Of His Friends Abandoned Him 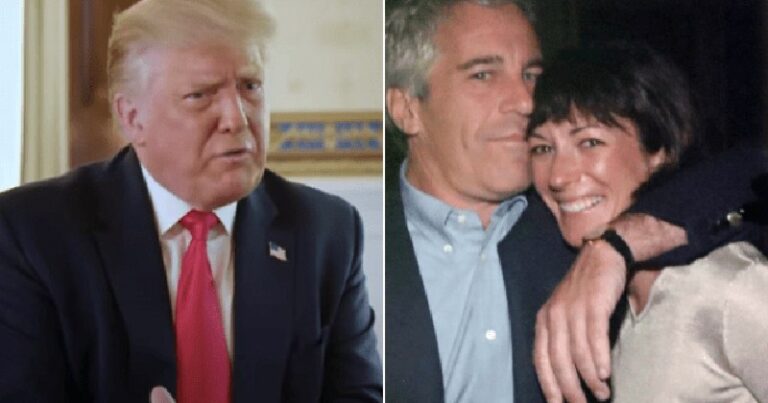 The media and Democrats on Twitter have consistently attempted to link President Donald Trump with convicted pedophile Jeffrey Epstein.

The deceased accused child sex trafficker was a member of the president’s Mar-A-Lago resort and someone who he considered a friend.

That is, until he learned of his penchant for not young, but underage girls, and that is when the president took action against him, a new book claims, The Miami Herald reported.

Donald Trump severed ties with Jeffrey Epstein after the disgraced financier hit on the teenage daughter of a Mar-a-Lago member, threatening the Trump brand of glitz and glamour, according to a new book published about the president’s Palm Beach club.

Trump publicly disavowed Epstein a day after the financier’s arrest on July 11, 2019, saying in the Oval Office that the two hadn’t spoken in 15 years after a falling out. He has also claimed that Epstein was never a Mar-a-Lago member.

“I’m not a fan of his,” the president said, never disclosing why they fell out.

But a new book out Tuesday titled “The Grifter’s Club” says the late sex trafficker was indeed a member and that the two stopped talking — and Epstein was kicked off the rolls and banned from Mar-a-Lago — following the incident with a club member’s teen daughter.

A member of the club said that the president “kicked Epstein out after Epstein harassed the daughter of a member.

“The way this person described it, such an act could irreparably harm the Trump brand, leaving Donald no choice but to remove Epstein,” the member said, Sarah Blaskey, a Miami Herald investigative reporter who is one of the authors of the book, said.

“The Trump Organization did not respond to our requests for comment on this or other matters,” she said.

In typical mainstream media fashion you notice she says that the president removed Epstein to protect the brand, not because he was morally offended.

How would she, or whoever commented, know an underlying reason other than he kicked Epstein from the club because he hit on a teenage girl?

President Trump took action against Epstein as former President Bill Clinton and Hollywood heavyweights continued to party on Epstein island but Blaskey is not writing a book questioning their character.

“Red cells indicate the closed account details for former members,” he said. “Most closed accounts are labeled ‘Resigned’ and then the date that the membership ended. Epstein’s account says ‘Account closed 10/07.’”

Again, the key point is that when he discovered that Epstein hit on a teenage girl he got rid of him. Which is a ton more than many of the rich and powerful did.

The fact that The Miami herald cannot give the president credit sans making something salacious from nothing is sad and typical of the media in 2020.

The post New Book Claims Trump Punished Jeffrey Epstein In 2007, Long Before Many Of His Friends Abandoned Him appeared first on The Beltway Report.

« A Group of Black Leaders Threatened Joe Biden Will Lose the Election if He Doesn’t Choose a Black Woman As Running MateWATCH: 7-Year-Old Who Wanted To Become Police Officer Falls Victim To Street Violence (VIDEO) »