‘He Is White It’s Time For Revenge,’: Some BLM Supporters Seem To Celebrate Murder Of 5-Year-Old Child Cannon Hinnant 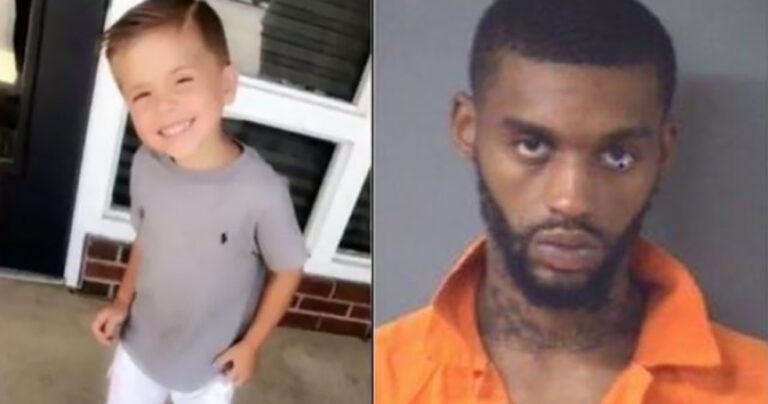 The tragic, heinous murder of white 5-year-old Cannon Hinnant has brought many together in their demand for justice for this innocent child who was executed by his black neighbor.

But for some evil, soulless humans, and we are using that term generously, the murder of this baby has been a cause for celebration.

One man, again a generous term, on Facebook, who listed his place of employment as Taco Bell, appeared to openly celebrate the murder, Nationalist Review reported.

“Ion (I don’t) give a sh** he is white it’s time for revenge we tired shit over with now we shooting yall go cry to you moma,” an account belonging to Terrell Kent, who lives in the same town as the victim, said.

After being bombarded with hate mail for the abhorrent comment Kent posted again, this time saying that it was his brother, not he, who made the statement.

“For all y’all inboxing me and tagging me in shit that was not me who commented on that post or anything else I don’t even have a phone to post or even be on (Facebook).

“I work everyday and even when I did have a phone I never commented on anything like that and for all y’all who do know me know damn well I ain’t like that I got hella white friends.

“And tbh I ain’t losing no sleep over this shit y’all just stressing my girl out with all this st so y’all can fk off now,” he said.

Friends of Kent posted to the message affirming that it was not in his character to say something like that and that the majority of his friends are white.

For the record no one should ever threaten someone with death, no matter how evil the comments they make are.

And regardless of whether his story of his brother making the comment is true or not, we should not have to count the races of our friends to “prove” we are not racist.

A race war is only going to see more innocent people murdered when the vast majority of us just want to live in peace with other humans as we are all God’s children.

But sadly, the comment on Kent’s page was not the only comment of celebration regarding the death of the innocent 5-year-old child.

We cannot pick and choose whose lives matter more than others. Our Lord Jesus Christ died for the sins of all of us and ended that debate two millennia ago.

“Blew his little white privileged brains clean out of his head #BlackLivesMatter,” a person by the name of Dante Salvador said on a post about the murder.


This is what one evil soul had to say about the murder of #CannonHinnant. #SayHisName. pic.twitter.com/LwYwFNzq9G


Americans need to get rid of this evil and comprehend that black lives, white lives, gay lives, straight lives and all lives matter.

We cannot pick and choose whose lives matter more than others. Our Lord Jesus Christ died for the sins of all of us and ended that debate two millennia ago.

The post ‘He Is White It’s Time For Revenge,’: Some BLM Supporters Seem To Celebrate Murder Of 5-Year-Old Child Cannon Hinnant appeared first on The Beltway Report.

« Pence on Harris Debates: “It’s On…I Can’t Wait”Trump the Peacemaker: “A Lot of Interest from a Lot of Countries” in the Region Ready to Make Peace Deals with Israel (VIDEO) »