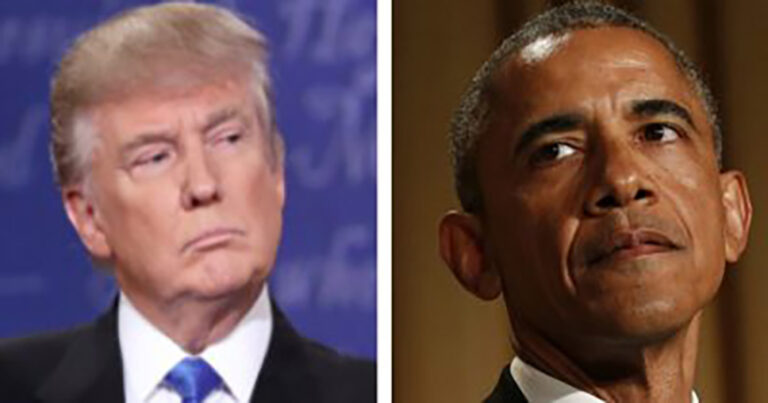 Former President Obama is not going to keep his nose out of the 2020 presidential campaign, that much has been made apparent.

The former president chimed in again on Friday, on his former campaign manager David Plouffe’s podcast, this time to accuse President Donald Trump of not funding the United States Postal Service in a scheme to rig the election.

“What we’ve seen in a way that is unique to modern political history is a President who is explicit in trying to discourage people from voting,” he said.

“What we’ve never seen before is a President say, ‘I’m going to try to actively kneecap the postal service to encourage voting and I will be explicit about the reason I’m doing it,” the former president said.

“You now have the President throwing in this additional monkey wrench trying to starve the postal service,” Obama said.

“My question is what are Republicans doing where you are so scared of people voting that you are now willing to undermine what is part of the basic infrastructure of American life?” he said.

Republicans are not frightened of people voting. What we are frightened of is the long and storied history of Democrats working to steal elections.

There have been numerous stories of mail in voting not working on a small scale this primary season. What makes Democrats believe it will work better for a national presidential election?

More than likely what they believe it will do is give them ample time to litigate any results they do not like and keep recounting until they win, as they attempted to do in the 2000 presidential election between former President George W. Bush and Al Gore.

“They want 3-and-a-half billion dollars for the mail-in votes. Universal mail-in ballots, 3-and-a-half… They want $25 billion — billion — for the post office,” he said.

“Now, they need that money in order to have the post office work so it can take all of these millions and millions of ballots,” he said. “Now, in the meantime, they aren’t getting there.”

“By the way, those are just two items, but if they don’t get those two items, that means you can’t have universal mail-in voting because they’re not equipped to have it,” the president said.

“And you’ve seen how bad it’s been with this Caroline Malone scam. She scammed her way into an election. She probably lost but they said mail-in ballots, it’s all mixed up. Paterson, New Jersey, same thing,” he said, citing examples.

“Yesterday, Virginia, 500,000 applications for ballots got sent to everybody, nobody even knows. Got sent to dogs, got sent to dead people. Nobody has no idea what happened. They say, ‘Oh, we made a mistake, I’m sorry.’ 500,000 ballots sent in Virginia,” Trump said.

“How do you feel about Virginia going in there and you have 500,000 phony ballot applications, and this is all over,” he said.

“That’s one of them,” he said. “How would you like to have 3-and-a-half billion dollars — billion — for mail-in voting? Billion… You know how much money that is?

“Nobody has any idea… They want $25 billion for the post office because the post office is going to have to go to town to get these ridiculous ballots in,” the president said.

“You know, there’s nothing wrong with getting out and voting. You get out and vote. They voted during World War I and World War II and they should have voter ID because the Democrats scammed the system.

The post Obama Sticks His Nose Into Presidential Race Again, Accuses Trump of Wanting To Steal Election appeared first on The Beltway Report.