Wrongfully Convicted Man Rails Against Kamala Harris, She ‘Played Games’ And ‘Ruined A Lot Of Lives’ 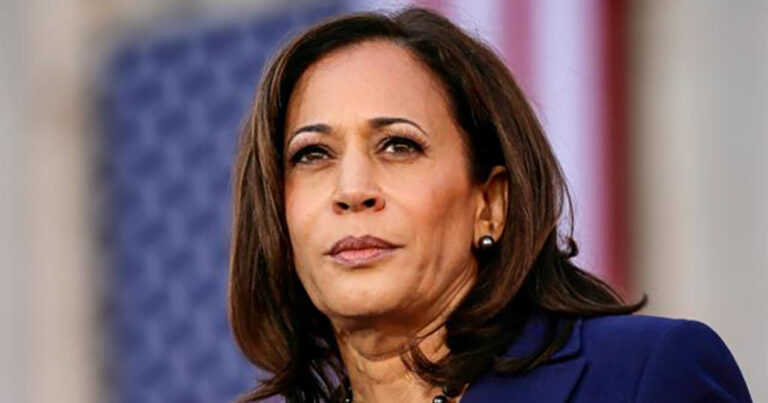 California Sen. Kamala Harris, the Democratic vice presidential nominee and former San Francisco district attorney and California state attorney general, has not made many friends in her state.

Harris has a reputation for imprisoning many people for various low level crimes and even innocent people in her quest for power.

One of those people has now spoken about what Harris did to him, insisting that she ruined his, and many, lives, The Daily Mail reported.

A man who spent nearly two decades in prison after being wrongly convicted of murder has dubbed Kamala Harris an ‘opportunist’ who should recognize she has ‘ruined a few lives’ during her time as a prosecutor.

Harris, 55, who was added to the Democratic ticket last week, served as the San Francisco District Attorney between 2003 and 2010 before becoming California’s Attorney General.

Now her record in both roles is coming under scrutiny as she prepares to battle for the White House alongside Joe Biden.

Known for her tough stance on crime, Harris oversaw a number of prosecutions that ended with a wrongful conviction, including that of Jamal Trulove who was sent to prison in 2007, convicted of the murder of his friend – despite no physical evidence linking him to the crime.

As California Attorney General, she helped author a law that sent parents to jail if their offspring played truant – DailyMail.com can reveal the first parent to be convicted, Hanford mom Lorraine Cuevas, ended up losing custody of her kids to her mother as a result.

In one of her last acts as district attorney of San Francisco was to send the case of Caramad Conley, 50, back to trial after he was already cleared of the murders of Charles Hughes and Roshawn Johnson in 1989.

He had already spent 18 years in prison for the crime and when Harris left to become the state attorney general her successor freed Conley from prison.

“I think they’re all opportunists. I think she’s an opportunist at the highest degree just like the rest of them,” Conley said.

“They do certain things because it’s going to advance their careers – there’s no doubt about it,” he said.

“I would hope she’s learned from those mistakes. That’s all I can ask from her. Because you did ruin a life, you know. A few lives. A lot of lives. You’ve done that.

“I think most politicians do that by the way that they vote. None of their hands are clean. But I do hope that she realizes the things she’s done wrong,” he said.

Conley’s conviction on the murders rested on the word of a drug dealer who gave his name to keep himself from trouble, but his entire testimony was found to be fabricated.

Conley’s case was dismissed without prejudice and rather than allowing him to walk free Harris sent the case back to trial.

“Had Kamala not played those games, I would have walked out of the prison I was in straight home,” he said.

“So when I was brought back to the county, I was like, ok, so we’re going to go back through this for the next six months, they’re going to be waiting time, doing all sorts of other stuff and playing these games. I was totally prepared for that other stuff.

“What I wasn’t prepared for, I didn’t know Kamala was going out of office and the new DA was coming in. It was the new DA who came into office – the first order of business was to dismiss my case outright,” he said.

The post Wrongfully Convicted Man Rails Against Kamala Harris, She ‘Played Games’ And ‘Ruined A Lot Of Lives’ appeared first on The Beltway Report.