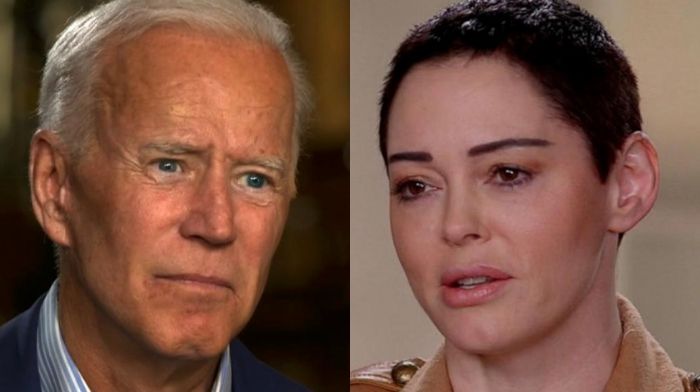 Rumors of Democrats partaking in unspeakable acts of sexual abuse and satanism have been circulating the blogosphere for years.    Ironically, just as news has come to light suggesting there is in fact some ‘there,’ there, (Epstein, Weinstein, Weiner, Clinton, Biden, Prince Andrew …)  the social media giants and technocracy go into overdrive banning certain groups.  Go figure.

During a press conference this past Wednesday a reporter asked President Trump about this.

Reporter: “The crux of the theory is this belief that you are secretly saving the world from this satanic cult of pedophiles and cannibals. Does that sound like something that you are behind?

President Trump: “I haven’t heard that but is that supposed to be a bad thing or a good thing?If I can help save the world from problems, I’m willing to do it.

I’m willing to put myself out there, and we are actually. We are saving the world from the radical Left philosophy that will destroy this country, and when this country is gone, the rest of the world would follow. That’s the importance of this country.”

Reporter: "The crux of the theory is this belief that you are secretly saving the world from this satanic cult of pedophiles and cannibals. Does that sound like something that you are behind?"

President Trump: "I haven't heard that. Is that supposed to be a bad thing?" pic.twitter.com/cDdIWhhW6R

According to (USSANEWS.com)… The president’s comments come as Facebook conducts a large-scale purge of QAnon accounts. The social media monopolist reportedly banned 900 pages and groups and 1,500 ads while restricting the reach of over 10,000 Instagram pages and 2,000 Facebook groups related to QAnon on Wednesday.

Was Facebook committing another in kind campaign donation to Democrats with this purge, or were their intentions pure?  As always, we will leave that up to you to decide.  Read this tweet that Hollywood actress Rose McGowan posted yesterday.

McGowan: “I was raped by a TOP Democratic donor.”  McGowan was undoubtedly referring to Harvey Weinstein.

“Hillary Clinton shutdown NBC’s expose of HW with one phone call from her spokesperson.

DNC had Bill Clinton, serial abuser of young women (Epstein & others) speak.”  Consider the allegations leveled against former President Clinton, and other Democrats, and weigh that against the media’s silence.

ABC Reporter Amy Robach:.”It was unbelievable. We had Clinton…We had everything.”

Now compare that to what you would expect from the media if that level of accusation was made against President Trump.  Imagine if Epstein had held the same compromise over high level Republicans and their donors?  Since its Democrats… crickets.

For the record, rumors circulated around Barack Obama and a homosexual tryst with a man named Larry Sinclair.  Whether those rumors are true or not, if they are it would be in keeping with the Dems’ cult-like need for compromised officials who the party can control.

“I know more than you will ever know about their evil.”

The list goes on… Don’t forget Anthony Weiner and his amazing disappearing laptop.

Erik Prince on the NYPD and Weiner’s laptop:

I know, and this is from a very well-placed source of mine at 1PP, One Police Plaza in New York – the NYPD wanted to do a press conference announcing the warrants and the additional arrests they were making in this investigation, and they’ve gotten huge pushback, to the point of coercion, from the Justice Department, with the Justice Department threatening to charge someone that had been unrelated in the accidental heart attack death of Eric Garner almost two years ago.That’s the level of pushback the Obama Justice Department is doing against actually seeking justice in the email and other related criminal matters.”

If you’re wondering why Congress seems to be sabotaging the American people with criminal trade deals, and if you’re concerned with why the richest people around the world grow richer at the expense of the American taxpayer and their unborn progeny, then I suggest you consider the value all of this compromise holds for influencing people.

“I Know More Than You Will Ever Know About Their Evil”

« Virgil: Reparations for Everyone — What Do We Do if We’re All Victims and Victimizers?Police Make Second Arrest in Attack on 7-Year-Old Trump Supporter Outside of DNC Convention »