Hillary Clinton Gives Away The Game Plan To Take The Presidency From Donald Trump: Fight In Court 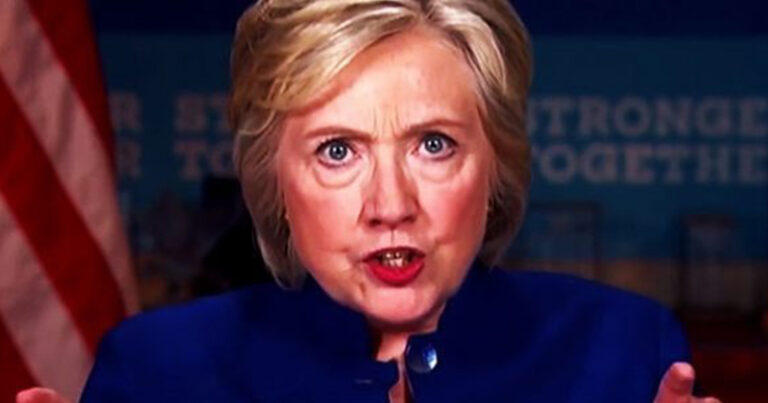 Democrats are masters of pretending that they believe someone else will do something that they are planning to do.

They insisted in 2016 that President Donald Trump would not accept the results of the presidential election, but when he won it was they who did not accept it.

Clinton talked to her former aide Jennifer Palmieri this week and said that if mail in voting causes a delay in vote counting, which they want to happen, Biden should wage a legal battle and not concede.

“I think that [Republicans] have a couple of scenarios that they are looking toward. One is messing up absentee balloting. They believe that helps them so that they then get maybe a narrow advantage in the Electoral College on Election Day,” she said.

“So we’ve got to have a massive legal operation, and I know the Biden campaign is working on that,” the former secretary of state said.

The former first lady said that she that if Biden fought long enough that Biden could have the courts award him the presidency.

“Joe Biden should not concede under any circumstances because I think this is going to drag out, and eventually, I do believe he will win if we don’t give an inch and if we are as focused and relentless as the other side is,” she said.

This is absolutely psychotic. This is a leader of the Democrat Party saying that she wants her party to win the presidency in court.

They have concocted this scheme with the intention of stealing the presidential election and they do not want anything to stand in their way.

This is a woman who has said that she believes that President Trump could have to be forcibly removed from the White House if he were to be defeated in November.

”I don’t want to scare people, but I want you to be prepared. I have every reason to believe that Trump is not going to go, you know, silently into the night if he loses,” she said.

Notice what she did? She accused President Trump of having the same game plan she just laid out for Biden.

This is what Democrats do and then their friends in the media cover for them. We must vote this November and then we must support our president in his inevitable legal fight.

The post Hillary Clinton Gives Away The Game Plan To Take The Presidency From Donald Trump: Fight In Court appeared first on The Beltway Report.