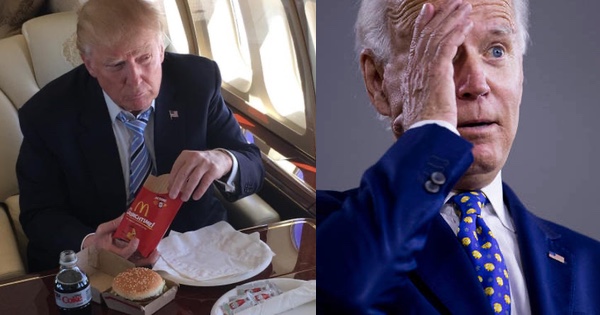 Last week we wrote that the Democratic National Convention seemed more like a gift to Donald Trump than an effort to promote Joe Biden and Kamala Harris.

The Democrats’ message; America is a dark, hopeless, racist country.  This was the culmination of four years of spewing hatred for President Trump and nothing else… no legislative collaboration and a series of faux scandals targeting the president for removal.

We never thought that would be a winning formula for Democrats in 2020 but the polls told us something else… that Biden was stomping Trump by double digits, similar to the same push-polling we experienced in 2016 in support of Hillary Clinton.

Then came the 2020 DNC and empirical evidence surfaced that the polls showing Biden with a commanding lead blew up.

Nielsen Media Research numbers reported that broadcast ratings dropped by 42 percent on Monday night – the opening night – when compared to the first night of the convention in 2016.

By the second night, the Democratic National Convention drew 6.13 million viewers on broadcast television networks ABC, CBS, and NBC on Tuesday night, according to preliminary data, marking a 48 percent drop from the second night of the convention in 2016.

These ratings are not reflective of the type of energized base that would be expected of a candidate with a fifteen point lead.  However skewed the polling might be a single poll from Rasmussen reflected the people’s response to the Democrats’ message of misery.

Biden got no post-convention bounce.  Instead, Trump got a bump in support by default…


With President Trump enjoying a 96% approval from rank and file Republicans, as well as a 10% edge from Independents, it would require oversampling of Democrats by a massive amount to even be able to show Joe Biden trailing by a respectable margin in my estimation.

This Monday the Republican National Convention got underway.  The message was focused on rekindling pride in our great country, of the greatness that yet lies ahead, a nation of heroes and accomplishments.

The Republican message stands in stark contrast to the Democrats’ vision of doom and gloom.  And now a new poll reflects the public is seeing the difference as well.

With two days of convention time remaining… a convention that’s moving voters with its message of hope and optimism… President Trump has moved into a statistical tie with his opponent.

If the polls remain as they are today, Trump has a clear path to an electoral college victory.