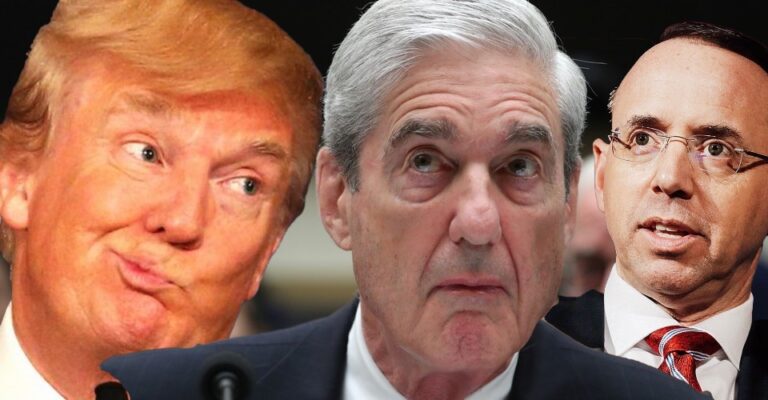 Robert Mueller’s all but fruitless investigation yielded several charges of lying to congress. It turns out that Mueller may have lied under oath, to Congress himself. The accusation comes after the recent release of a recent email from Rod Rosenstein to the president.

Will he be prosecuted? Maybe …  but I would not be holding my breath waiting for the indictment to come.. This goes back to an accusation President Trump once made. Our POTUS claimed that Mueller had interviewed for the job heading the FBI, however he obviously was not chosen.

Mueller denied that he interviewed for the FBI job at all, but who told the truth? First, let us remember the questioning of Mueller by Florida Republican Representative Greg Steube:

Steube: Mr. Mueller, over here, did you indeed interview for the FBI Director job one day before you were appointed as Special Counsel?

Mueller: My understanding was I was not applying for the job, I was asked to give my input on what it would take to do the job which treated the interview you’re talking about.

Steube: So you don’t recall on May 16, 2017, that you interviewed with the President regarding the FBI Director job?

Mueller: I interviewed with the President.

Steube: For the FBI Director job?

Mueller: It was about the job and not me applying for the job.

Steube: So your statement here today is that you didn’t interview to apply for the FBI Director job?

Steube: So did you tell the Vice President that the FBI Director position would be the one job you would come back to for?

Mueller: I don’t recall that one.

Well, as it turns out there was in fact an email alluding to this event.  An email featuring none other than Mr. ‘I can’t wait to secretly record the president,’ Rod, the ratholes, Rosenstein. .

In an email from Rod Rosenstein to the president, he told Trump that Mueller was no longer interested in the FBI. Magically, that was on the very same day that Rosenstein appointed Mueller as the special counsel.

This may have created a suspicious-looking coincidence, but it also sure suggests that Mueller lied. If Mueller did in fact lie to congress, no one is in a better position to tell you how serious a crime that is than Mr. Mueller himself.

The question becomes: what is to be done about it and when? It appears possible that Mueller was vying for the FBI job and Special counsel at the same time. Perhaps waiting in the search to see which would forge a better weapon to thrust into the side of American populism.   Would he have tried to submarine Trump as the FBI director?  Even if the answer is yes, his performance and failure as witch hunter suggest it would have done him no good.

One thing is certain, the House won’t bring charges against Robert because Mueller is their guy. Mueller will go scot-free. No one will have the guts to charge him. But, it does suggest that Trump was telling them the truth about Mueller. At least we will have that satisfaction.

Mueller's testimony to the House. Mueller is clear that he was never "applying" for the job of FBI Director, he was never under consideration, and his "interview" on May 16, 2017 was just to give his "input" on "what it would take to do the job"

What this does is raise doubts over whether Mueller was conflicted. Furthermore, whether he lied to hide that conflict. I think the answer is obvious, but I still don’t foresee any action being taken against Mueller. At the end of the day, this will just be one more data point which suggests that we have a two-tier justice system. One set of laws for radical left and DS, and one for the Republicans. But, we already knew that. Just look at HRC.

« Americans Sense Something Is Wrong: Gun Sales Up 72%Jim Banks to Introduce Legislation That Strips Rioters of Unemployment Benefits, Makes Them Pay For Police »