FBI: Nearly 36 Rival Street Gangs Form Pact To ‘Shoot On-Sight Any Cop That Has A Weapon Drawn on Any Subject in Public’ 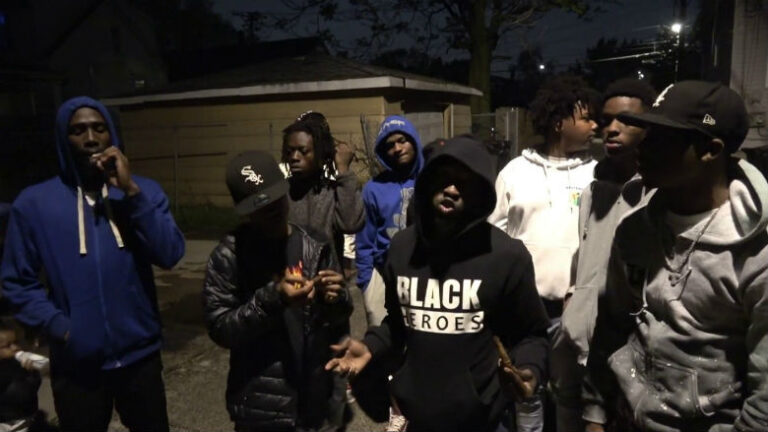 America is in the midst of a crisis right now and it seems to me that the media, big  tech and the entertainment industries are doing everything in their power to stoke the flame.  There appears to be a concerted effort to divide the American people on racial and socioeconomic lines headed into the 2020 election.

Everywhere you look you see voices condemning the police as a gang of racists whose only mission is the oppression and murder of black Americans and other people of color.  Anyone who knows a handful of cops, knows that this is just not true.  Are there some bad apples?  Sure, there are bad apples in every profession, hell, just look at the C level executives of the nation’s social media companies for crying out loud.

Thanks to the constant praise by the television’s ‘news’ networks, support and adoration from social media platforms, and sports’ franchise players condemning the police across the nation as vile killers, America’s police are under attack.

Not just verbal attack either.  In Chicago it is being reported that, in a scene reminiscent of the movie ‘The Warriors,’ street gangs across the city are uniting to shoot cops if they draw a weapon on a suspect.

ABC 7 Chicago is reporting: ‘A federal intelligence alert obtained by the ABC7 I-Team has gone out to Chicago-area law enforcement with an ominous warning: nearly three dozen cold-blooded street gangs “have formed a pact to ‘shoot on-sight any cop that has a weapon drawn on any subject in public’.”

The “situational information report” from FBI officials in Chicago dated August 26, 2020, states “members of these gang factions have been actively searching for, and filming, police officers in performance of their official duties. The purpose of which is to catch on film an officer drawing his/her weapon on any subject and the subsequent ‘shoot on-sight’ of said officer, in order to garner national media attention.”‘

This is no laughing matter, but it sure does remind me of this scene:

Here’s the transcript of Cyrus’s speech in the movie:

‘Cyrus: (yelling) Can you count, suckers? I say, the future is ours… if you can count!

Now, look what we have here before us. You got the Saracens sitting next to the Jones Street Boys. We’ve got the Moonrunners right by the Van Cortlandt Rangers. Nobody is wasting nobody. That… is a miracle. And miracles is the way things ought to be.

Now, here’s the sum total: One gang could run this city! One gang. Nothing would move without us allowing it to happen. We could tax the crime syndicates, the police, because WE got the streets, suckers! Can you dig it? The problem in the past has been the man turning us against one another.

We have been unable to see the truth, because we have fighting for ten square feet of ground, our turf, our little piece of turf. That’s crap, brothers! The turf is ours by right, because it’s our turn. All we have to do is keep up the general truce. We take over one borough at a time. Secure our territory… secure our turf… because it’s all our turf!”

ABC 7 went on to say ‘For CPD Superintendent David Brown there is an overall “sense of lawlessness” currently being dealt with by those who serve and protect. Although not commenting directly on the FBI alert, Brown on Monday said the danger to police officers is real and increasing.

The FBI alert, headlined “Pact Made by People Nation Gang Factions to ‘Shoot On-Site’ Any Police Officer with a Weapon Drawn” lists street gangs that have become well-known in Chicago the past five decades, from the Latin Kings and Vice Lords to the El Rukns and Black P Stones.’

Chicago Police Superintendent Brown said it best when he stated: “We need police officers and as community members we need to push back fervently against lawlessness.’  Now more than ever, united we stand, divided we FALL.

The post FBI: Nearly 36 Rival Street Gangs Form Pact To ‘Shoot On-Sight Any Cop That Has A Weapon Drawn on Any Subject in Public’ appeared first on The Beltway Report.

« EP 2096-9AM TYRANNY FOR YOU; NOT FOR HER! NANCY PELOSI VIOLATES HER OWN COVID TYRANNY AT HAIR SALONUS Marshals Deputize Oregon State Police To Quell Terrorist Rioters In Portland »