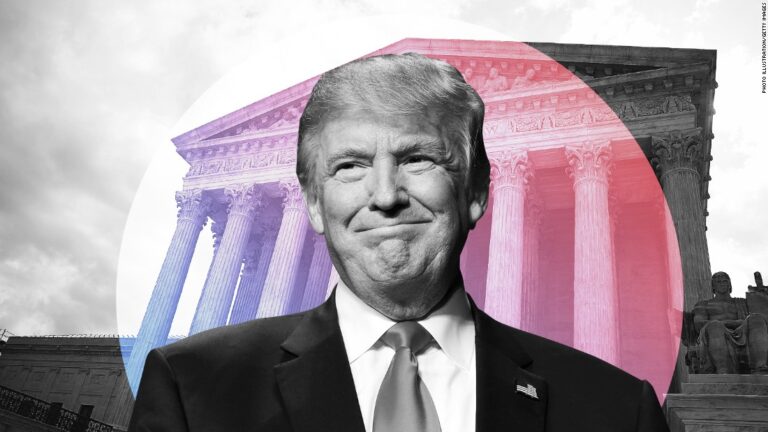 President Trump’s tendency to self-promotion may be a turnoff to those who oppose his policies, but to starving conservative voters a Republican president who finally delivers on his campaign promises has forged their allegiance to him in steel.

With guidance and advice from The Federalist Society’s Leonard Leo, candidate Trump reassured conservative voters by releasing a list of originalist judges from which he would choose his future Supreme Court nominees.

Leo served as a member of the Trump transition team and later advised President Trump on the Gorsuch and Kavanaugh Supreme Court selection and confirmation process.  Previously, Leo had organized the outside coalition efforts in support of the Roberts and Alito U.S. Supreme Court confirmations.

Having made nearly three-hundred appointments to the federal courts, President Trump yesterday added another 20 candidates he would consider nominating to the Supreme Court for voters to consider as our farm system continues to produce talent.

Among those on the list are three sitting Republican Senators… Ted Cruz of Texas, Tom Cotton of Arkansas, and Josh Hawley of Missouri.

Key statements from the president…

… Apart from matters of war and peace, the nomination of a Supreme Court justice is the most important decision an American President can make. For this reason, candidates for President owe the American people a specific list of the individuals they consider for the United States Supreme Court.

Four years ago, I announced my first list of highly qualified candidates and promised to fill Justice Scalia’s vacant seat from among — from among those names.

Just days after my inauguration, I kept that promise when I nominated Judge Neil Gorsuch. And, as you know, he has been very spectacular. A year later, I nominated and the Senate confirmed another outstanding justice, Brett Kavanaugh.

By the end of my first term, we will have confirmed a record number of federal judges — over 300 — all of whom will faithfully uphold our Constitution as written.

What has always made America exceptional is our reverence for the impartial rule of law. People have come here from all over the world to pursue the American Dream based on this sacred principle.

Equality under the law is the bedrock of our society. It is the principle that inspired American heroes to abolish slavery and end segregation, secure civil rights, and build the most free and just nation in history.

Unfortunately, there is a growing radical-left movement that rejects the principle of equal treatment under law. If this extreme movement is granted a majority on the Supreme Court, it will fundamentally transform America without a single vote of Congress.

My original list of potential justices include many of our nation’s brightest legal minds, such as Bill Pryor, Amy Coney Barrett, and Thomas Hardiman. Outstanding people. Like those distinguished individuals, the 20 additions I am announcing today would be jurists in the mold of Justices Antonin Scalia, Clarence Thomas, and Samuel Alito.

Their names are as follows:

* Bridget Bade of Arizona, judge on the Ninth Circuit Court of Appeals

* Daniel Cameron of Kentucky, Attorney General of the Commonwealth of Kentucky

* Stuart Kyle Duncan of Louisiana, judge on the Fifth Circuit Court of Appeals

* Steven Engel of the District of Columbia, Assistant Attorney General for the Office of Legal Counsel at the Department of Justice

* James Ho of Texas, judge on the Fifth Circuit Court of Appeals

* Gregory Katsas of Virginia, judge on the District of Columbia Circuit Court of Appeals

* Barbara Lagoa of Florida, judge on the Eleventh Circuit Court of Appeals

* Carlos Muñiz of Florida, justice on the Supreme Court of Florida

* Martha Pacold of Illinois, judge on the District Court for the Northern District of Illinois

* Peter Phipps of Pennsylvania, judge on the Third Circuit Court of Appeals

* Sarah Pitlyk of Missouri, judge on the District Court for the Eastern District of Missouri

* Lawrence VanDyke of Nevada, judge on the Ninth Circuit Court of Appeals

Every one of these individuals will ensure equal justice, equal treatment, and equal rights for citizens of every race, color, religion, and creed. Together, we will defend our righteous heritage and preserve our magnificent American way of life.

Under President Trump, we know.  And, we know we can count on him to keep his promises.