Washed Up Hollywood Liberal ‘Cher’, Calls For President Trump To Get Death Penalty 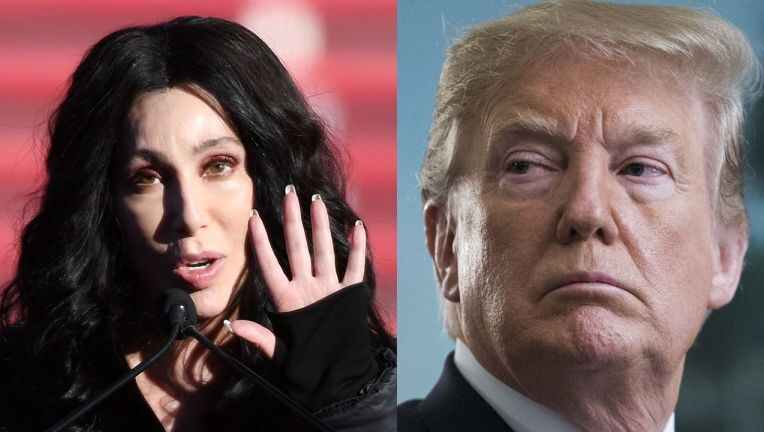 China’s financial investments in Hollywood are considerable.  That money brings leverage… over everything.

For proof, look no further than the NBA’s quick defense of the Communist Chinese Party’s oppression visited upon Hong Kong when one of their own, Houston Rockets GM Daryl Morey dared to tweet “Free Hong Kong.”

With a population of 1.4 billion people and market potential more than four times larger than the United States, there are trillions of dollars at stake.  Don’t be pissing off China’s ruling (only) party.

In January of 2018, LeBron James tweeted his feelings about politically generated injustice in the United States…

Twenty-two months later, James was just fine defending the Chi Coms and ignoring the one million Uighurs being held in concentration camps and used as slave labor.  There’s real money to be made in China so…

carrie lam(b) cheng yuet-ngor and xi have no respect for human life. Excessive force that pigs encourage against young students protesting for freedom and democracy. Trump – Where are you? @realDonaldTrump Absolutely disgusting. #china #hk #HKexit pic.twitter.com/sAyG8sPtQC

Not to be outdone for the award for attaining the epitome of being reprehensibly stupid and tone-deaf, Cher posted this tweet on Sunday…

@cher Why did you tweet & delete? You called Trump a mass murderer!!! pic.twitter.com/ikkX8tUH95

Cher was likely responding to the hit piece authored by leftist agitator, Bob Woodward who framed Trump saying he downplayed COVID-19 because he didn’t want people to panic, into a major story blaming the president for malfeasance in managing the pandemic.

As if on cue, the Washington Post, posted this article in what appears to be an orchestrated attack on President Trump as we approach the 2020 election:

[…] At that time, Trump was telling the nation that the virus was no worse than a seasonal flu, predicting it would soon disappear and insisting that the U.S. government had it totally under control. It would be several weeks before he would publicly acknowledge that the virus was no ordinary flu and that it could be transmitted through the air.

But what was President Trump actually doing to combat the spread of the virus at the end of January and February when the virus first reared its head in the United States… after it was sent here by China?

Back then, the Washington Post had a very different narrative…

On February 1st, the day President Trump established a “coronavirus task force”, the Washington Post published an article suggesting that President Trump was hyping the concern over COVID-19:

The Trump administration on Friday dramatically escalated its response to the fast-spreading coronavirus epidemic by announcing quarantines and major travel restrictions that officials said were meant to limit contagion.

The White House declared a “public health emergency” and — beginning on Sunday at 5 p.m. — will bar non-U.S. citizens who recently visited China from entering the United States, subject to a few exemptions. Shortly after the White House announced the new restrictions and said there were six confirmed U.S. cases, a seventh case was confirmed in Santa Clara County, Calif…

…Within hours of President Trump’s decision to restrict travel from China on Jan. 31, top Democrats and media figures immediately derided the move as unnecessary and xenophobic.

Democratic presidential candidate Joe Biden led the way, quickly attacking what he called Trump’s “record of hysteria, xenophobia and fear-mongering” after the travel restrictions were announced.  A Jan. 31 article in The New York Times quoted epidemiologist Dr. Michael Osterholm as saying that Trump’s decision to restrict travel from China was “more of an emotional or political reaction.”

There are trillions of dollars at stake in this election…

The post Washed Up Hollywood Liberal ‘Cher’, Calls For President Trump To Get Death Penalty appeared first on The Beltway Report.

« Sean Hannity GOES OFF: “John Durham Has Not Done Anyone a Favor for Taking So Long – It Should Have Been Released!” (VIDEO)WHERE’S HUNTER: State Dept. Documents Show Burisma Caught Paying $7 million Bribe Months After Hunter Biden Placed on Its Board »