Update (10/11/2020, 1030ET): The shooter, identified as Matthew Doloff, has been charged with first degree murder in the shooting of the Patriot Prayer demonstrator at the Denver Civic Center on Saturday. He has been booked into the Denver jail system.

Doloff was identified by a unique "space invaders" tattoo on his wrist, which has been associated with 'Rosa Antifa Wien.' According to Big League Politics, he has expressed support for BLM in Denver recently and appears to be a left-wing Bernie Sanders supporter.

The shooter, Matt Doloff, was a big time Occupy Wall Street/Occupy Denver activist back in the day. They’re all BLM/Antifa now. pic.twitter.com/5AEORaXN9g

Doloff 'likes' left-wing and pro-Bernie Sanders content on his personal Twitter feed. He thinks the Confederate flag should be treated as the swastika. https://t.co/tJdpSKpxGK 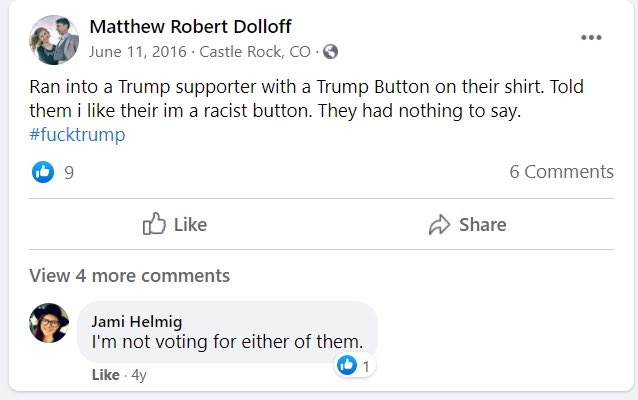 Update (2230ET): The shooter has been reported to be a bodyguard for a local news reporter with no affiliation to Antifa, according to the Denver Police.

The private security guard in custody was contracted through Pinkerton by 9NEWS. It has been the practice of 9NEWS for a number of months to contract private security to accompany staff at protests.


DPD originally took two people into custody and later found the second individual, a 9NEWS producer who works in the investigative unit, was not involved in the incident. The producer is no longer in police custody and is not a suspect. -9News

Update: Further investigation has determined the suspect is a private security guard with no affiliation with Antifa. Additional information will be released as it becomes available.

Demand the @DenverPolice disclose a picture of the shooter's tattoo pic.twitter.com/vDLMCxCcxO

It appears that during an altercation, the Patriot rally attendee slapped the bodyguard, who pulled his gun, got maced, then fired on the man. 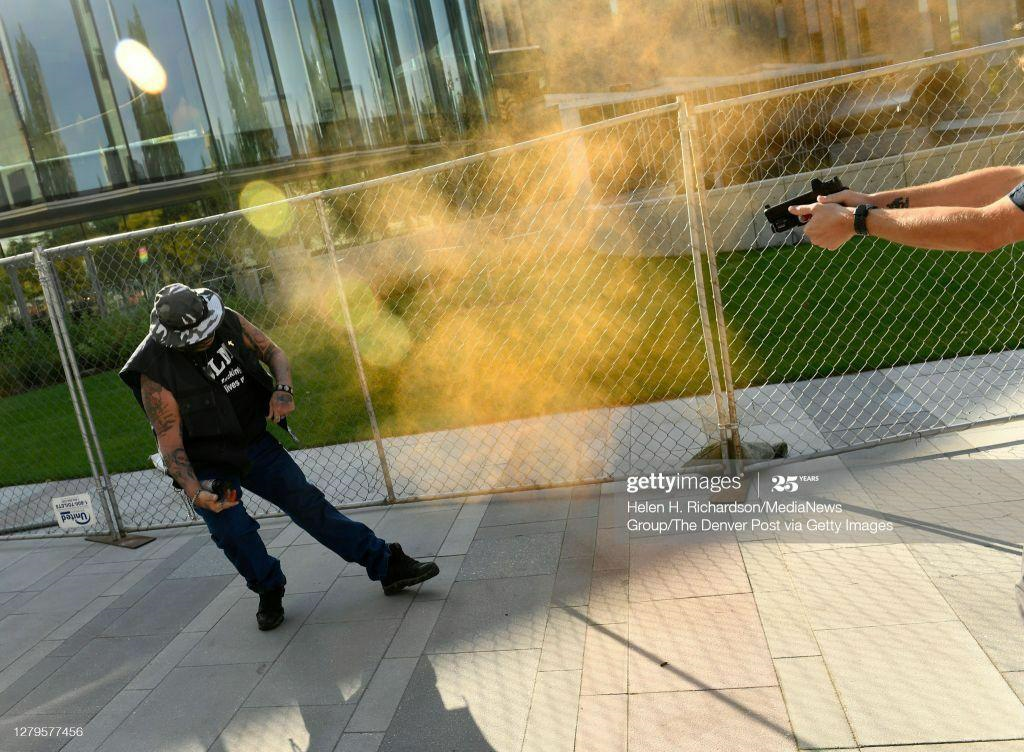 Update (2205ET): Shortly after shots rang out, at least one presumed leftist could be heard celebrating that the man was "shot right in the fuckin' dome."

A man initially reported as a participant in a Denver "Patriot Rally" was shot and killed by another man on Saturday near the Denver Art Museum, according to the Denver Post.  A suspect, an employee of 9News, is in custody. Early reporting suggested that the suspect was an Antifa participant in an anti-police counter-rally, however the Post has updated their report to say that the shooter's affiliation is unknown after police took issue with the initial characterization. 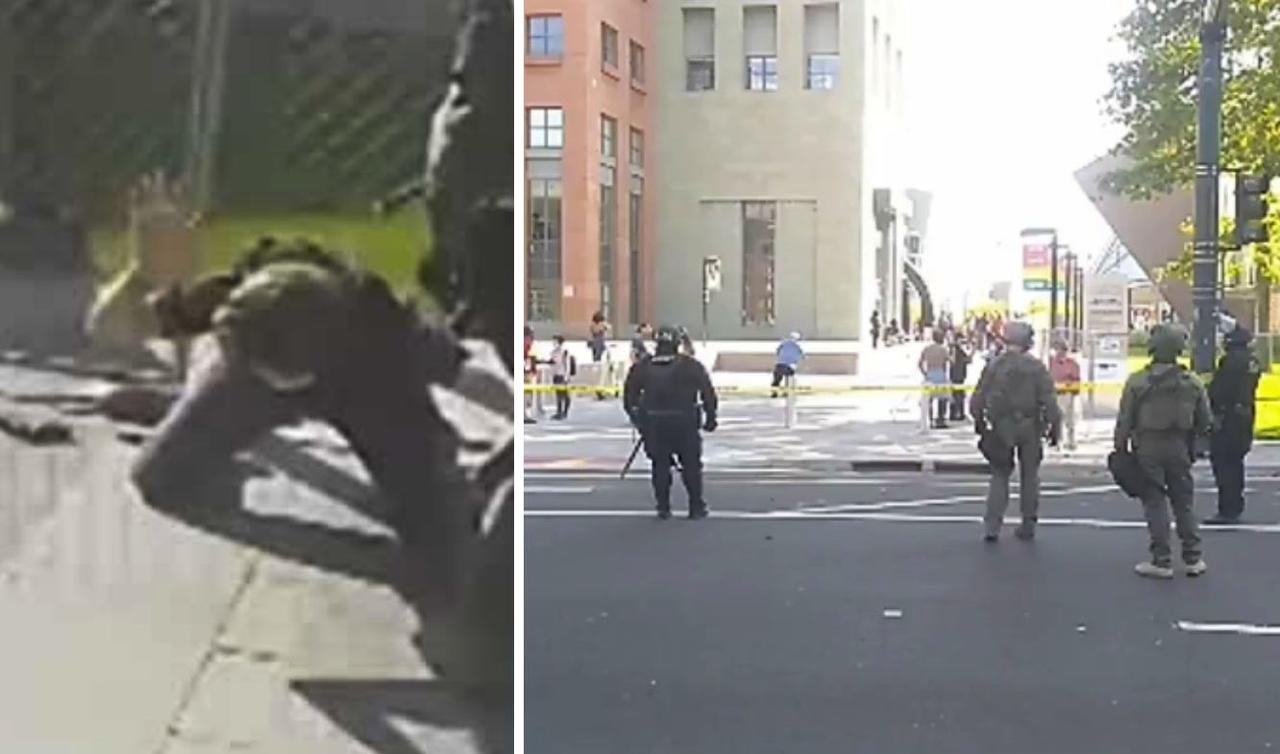 Video of the incident appears to show the man drawing and spraying pepper spray at a shot rang out. 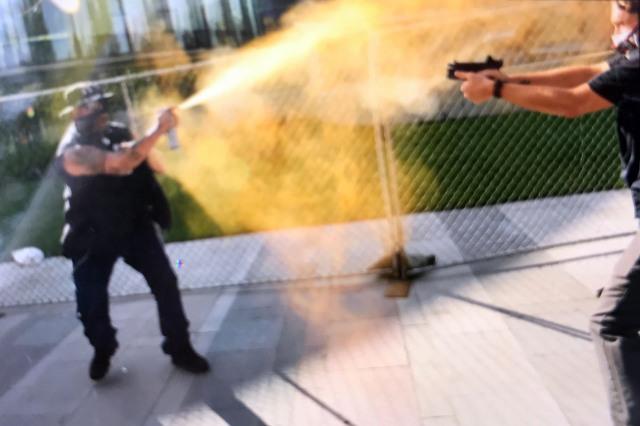 Update: A Denver Post staff member witnessed the fatal confrontation. This story has been updated after authorities called into question the accuracy of that journalist’s report concerning the affiliation of the shooter.

In a news conference after the incident, division Chief Joe Montoya, said police could not confirm the shooter’s or the victim’s affiliations, but said the incident started as a verbal altercation. Two guns were found at the scene, he said, as well as a mace can.

When asked about the 9News report, Montoya said he could not confirm any connection, only saying that the department was still interviewing witnesses. One of those witnesses was a Denver Post photojournalist.

According to The Denver Channel, several police officers in riot gear were already on the scene when the shooting occurred attempting to perform crowd control.

The shooting his being investigated as a homicide, while charges have yet to be filed against the suspect.