Echoing the textualist principles expressed by both of her conservative predecessors who were nominated to SCOTUS by President Trump, Judge Amy Coney Barrett affirmed in her opening statement to the Senate that she is a strict textualist who would never allow her own personal feelings to influence her ruling on a case. Instead, she argued her three-year tenure as a judge on the 7th Circuit Court of Appeals shows that she has carefully considered whether she would believe "the decision was fairly reasoned and grounded in the law," even if "I would not like the result."

The statement, according to Bloomberg, set ACB in the same vein of conservative jurisprudence championed by Antonin Scalia.

The 22-member Senate Judiciary Committee is set to begin Barrett’s confirmation hearing on Monday, while Democrats argue the entire process should be put aside until after the Nov. 3 election.

As progressives pressure Joe Biden to embrace the notion of court packing to overturn what looks to be a 6-3 conservative majority once Barrett is approved, which she is expected to be, barring a massive COVID-19 outbreak in the Senate during the coming days, Barrett asserted that she would not use her position to set policy, but only to "referee disputes".


"The policy decisions and value judgments of government must be made by the political branches elected by and accountable to the people," Barrett plans to say. "The public should not expect courts to do so, and courts should not try."

Barrett is also set to pay tribute to Sandra Day O’Connor and the late Ruth Bader Ginsburg, the two females who preceded ACB on the court (she is set to fill the seat of the late Justice Ginsburg).

Barrett Statement by Zerohedge on Scribd

On Sunday, lawmakers from both parties fanned out across the cable news networks to either talk up Judge Barrett's qualifications, or - in the case of the Democrats - warn that she represents a dangerous threat to Democracy.

However, just like they did during the nomination hearings for both Kavanaugh and Gorsuch (who have both on occasion confounded expectations set by hysterical leftists warning about the death of Obamacare, Roe v Wade etc), Democrats have taken to cable news to warn that Judge Barrett can't be trusted. With SCOTUS set to hear a landmark case concerning the future of Obamacare, Chris Coons, Chuck Schumer and other top Senate Dems warned confirming Barrett would mean the death of Roe v Wade, while stripping millions of health care. 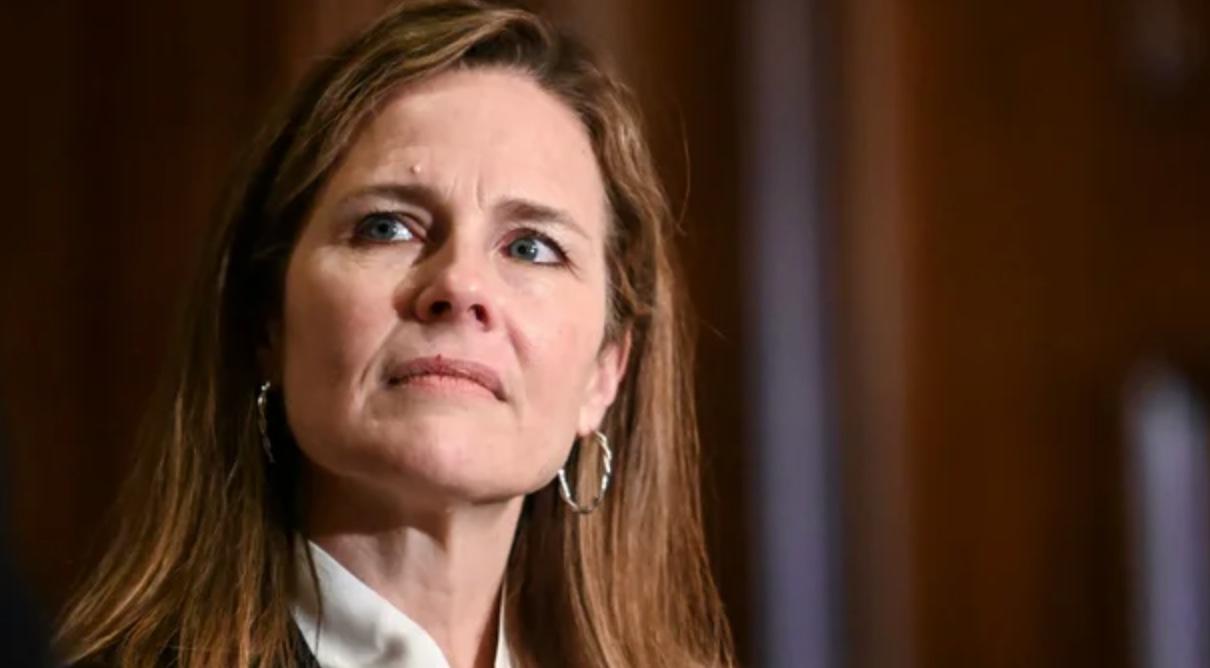 Coons said on “Fox News Sunday” that Barrett has made it “very clear” she would vote to restrict abortion rights and toss out the Affordable Care Act...

ON FOX NEWS SUNDAY: @ChrisCoons says Judge Coney Barrett has views that disqualify her from serving on the bench. #FoxNewsSunday

.@ChrisCoons says President Trump and Republicans want to jam someone into the Supreme Court to overturn the ACA. #FoxNewsSunday

...while Minority Leader Chuck Schumer on Sunday called on Barrett to commit to recusing herself from that case as well as any election-related disputes that come before the court regarding the outcome of the Nov. 3 election.

Hawaii Sen. Mazie Hirono said on CNN’s "State of the Union" that Republicans only want Barrett confirmed before the election so she can help them gut Obamacare, since, if seated, Barrett would hear a case challenging the constitutionality of the Affordable Care Act the week after the election.


"They want her on that court to hear the Affordable Care Act case on Nov. 10, one week after the election, so that she can strike it down,” Hirono said. “This nominee poses a clear and present danger."

Republicans, unsurprisingly, were much more complimentary, with Sen. Ben Sasse telling one Sunday show that Judge Barrett is a "rockstar".

We'll more from both sides on Monday as the Senate Judiciary Committee, chaired by South Carolina Republican Lindsey Graham, begins the process by holding the first hearing in the process of confirming Barrett.