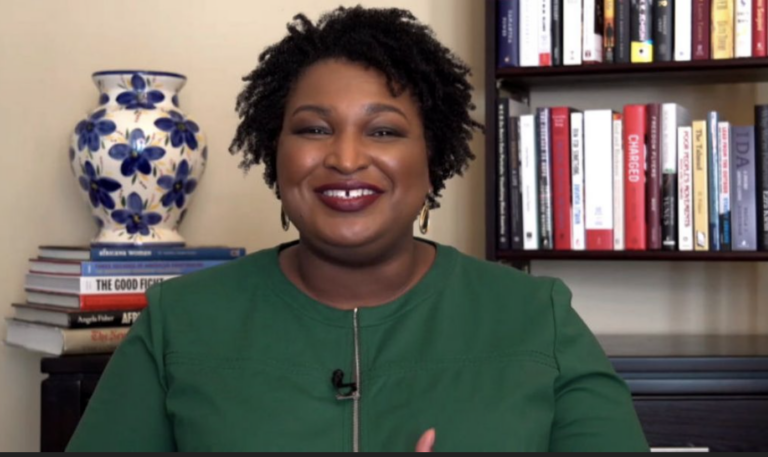 Just when you thought the current Democrat Party could not be any more transparently biased/rigged/dishonest/etc, something like this happens and changes everything you thought you knew about politics.

Stacey Abrams is the failed Georgia Democratic candidate for Governor.  Her sister just so happens to be a judge in the same state.

What is even more of a coincidence is that Judge Leslie Abrams Gardner just so happens to be the judge assigned to hear a huge case concerning the upcoming Georgia runoff for Senate.

Imagine my shock when I learned that the judge has refused to recuse herself and has just ruled … in favor of the Democrats.   Shocking, right?

‘Judge Leslie Abrams Gardner, who was appointed by former President Barack Obama, said she found no reason to recuse herself from the case.

A Georgia judge who is the sister of Democratic politician Stacey Abrams refused to recuse herself from a crucial election case, instead ruling against the purge of 4,000 voters from state rolls before Senate runoffs.

The complaints in Muscogee and Ben Hill counties, however, failed to prove that the voters had actually given up Georgia residences, according to reports by Politico.

Gardner’s ruling said that booting thousands of voters from the rosters appeared to violate a federal law that requires a voter be given an opportunity to provide written confirmation of a change of address prior to being removed from the list. In addition, the necessary protocols for purging the roster were not followed within 90 days of a federal election.

“Where the issue concerns a voter’s change of address, as in this case, the NVRA [National Voter Registration Act of 1993] prohibits the removal of that voter unless the voter confirms in writing that he or she has moved outside of the county or does not respond to a notice and has not voted in two federal election cycles,” the ruling said. ‘

This must have been what it was like to live in the USSR in the 80’s.  How did we even get here?