Breaking: Top Lawman Suddenly W/o Explanation Resigns In The Crucial State of Georgia During Election Runoff 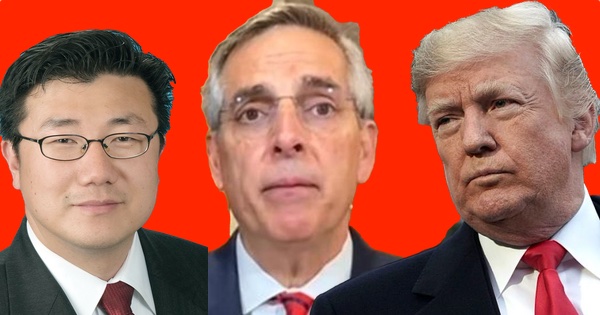 Don’t blink, the political landscape is changing more quickly than it has … in myeline time and perhaps more rapidly than since the Civil War.

As what we are told are millions of Trump supporters who are convinced that the 2020 election had so many glaring irregularities that an official audit is warranted, gather in the heart of darkness (Washington DC) one of Trump’s United States Attorneys has just suddenly resigned.

This is not just any US Attorney, from any state, this is an US Attorney from one of the states which Trump and his supporters are suggesting needs to have their election integrity investigated.

Do not forget that Georgia is also in the middle of a run off election that will determine which party controls the US Senate for the next session.

From where I sit this sure appears to be fall out from the leaked call between President Trump and the Georgia Secretary of State, Brad Raffensperger, which Trump quickly blamed on the GA SOS and allegedly threatened with legal action.

‘A top federal prosecutor in Georgia who was appointed by President Trump resigned Monday, offering little explanation for his sudden departure.

[Pak, who is originally from South Korea, immigrated to the U.S. when he was 9 years old]

U.S. Attorney Byung J. “BJay” Pak did not offer insight into why he was leaving his post after less than four years, or where he was going next, but thanked Trump for “the greatest honor of my professional career,” according to a statement provided by the Justice Department (DOJ).

“I have done my best to be thoughtful and consistent, and to provide justice for my fellow citizens in a fair, effective and efficient manner,” Pak said. “I am grateful to President Trump and the United States Senate for the opportunity to serve, and to former Attorneys General [Jeff] Sessions and [William] Barr for their leadership of the Department.”

Pak, who is originally from Seoul, South Korea, immigrated to the U.S. when he was 9 years old, and served as a Republican state representative in Georgia from 2011 to 2017, prior to being appointed by Trump.

The DOJ did not respond to Fox News’ request for comment about Pak’s announcement, which came a day after a newly leaked phone call between Trump and Georgia Secretary of State Brad Raffensperger surfaced. The Washington Post obtained the call and published the full transcript, which revealed the president urging the secretary of state to “find” enough votes to reverse the state’s election results.’

One thing is for sure, no one who pays attention to politics is going to tell you that they are bored these days!  What do you think is the reason Pak resined?

The post Breaking: Top Lawman Suddenly W/o Explanation Resigns In The Crucial State of Georgia During Election Runoff appeared first on The Beltway Report.