AG Barr Turns On TRUMP, Accuses Him Of INSURRECTION 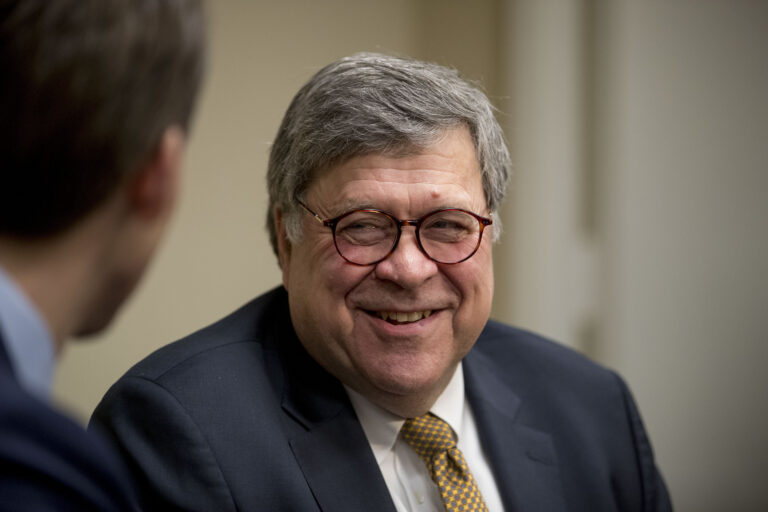 One of the biggest failures of the last 4 years was that too many people trusted the DOJ and FBI to swoop in and … arrest themselves.  I have to admit, there was a long time where I thought that this was possible as well.

However, now that the dust has settled and Trump seems to have all but conceded after the debacle at the Capitol (which is going to be used as an excuse to persecute conservatives for the rest of time) it appears clear that NO ONE is going to be held to account.

If there is one lesson to be learned from the last 4 years, it is that if you trust the government to fix the problems caused by the government … you’re going to have a bad time.

The Gateway Pundit reported at the time:

‘Maria Bartiromo opened up her Sunday Morning Futures program in late September with the breaking news that US Attorney John Durham will NOT release his report before the 2020 election.

According to Bartiromo, a debate had begun within the Department of Justice as US Attorney John Durham’s criminal investigation is concluding. Sources said it was now too close to the election for the release and it could be viewed as politically motivated.

Upon hearing the news Senator Ron Johnson erupted saying NOT releasing the report on Obama spying on the Trump campaign and the attempted coup of President Trump is a politically motivated decision.

Now Barr is going all out in his condemnation of Trump:

Former Attorney General Bill Barr saw no material evidence of election fraud in the 2020 Election but he is convinced the President orchestrated a mob yesterday.

Former Attorney General William Barr on Thursday also accused Trump of betraying his office and “orchestrating a mob” to attack Congress in a sharp rebuke of his former boss.

“Orchestrating a mob to pressure Congress is inexcusable. The President’s conduct yesterday was a betrayal of his office and supporters,” Barr said in a statement to the Associated Press.

Barr, the nation’s top law enforcement officer and one of Trump’s most loyal cabinet members, resigned his post at the head of the Justice Department last month as Trump ratcheted up pressure on him to investigate his political enemies.

But just a few weeks ago Barr said he saw no evidence of election fraud.  All we wanted was an audit so we could all rest easy.  I guess that was too much to ask.

The post AG Barr Turns On TRUMP, Accuses Him Of INSURRECTION appeared first on The Beltway Report.

« BREAKING: “WALK AWAY” Movement DELETED from Facebook, Leaders Blocked from ACCOUNTS — Over 500,000 Testimonials DISAPPEAR!“Truth Doesn’t Fear Scrutiny, Doesn’t Fear Debate But Encourages It.” – A Letter from a Trump Supporter  »