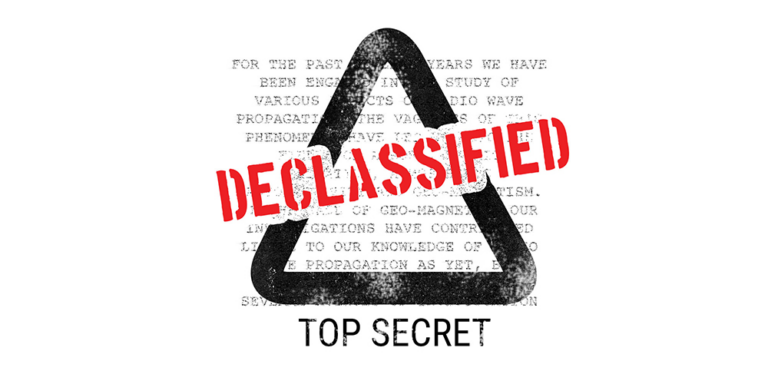 From day one we have been waiting for President Trump to pull a Nick Cage and open the ‘President’s Book of Secrets’ and expose all the corrupt establishment’s dirty laundry for the American people to see.

Now, of course there is no single book containing the darkest secrets of the Deep State, there are some things that likely come close tho.

When Trump released SOME of the JFK files the people were thrilled, it’s our country we deserve to know what the hell happened to our President back in ’63.  There is no such thing as intel that is too ‘dangerous’ to be revealed to the American people.

Yes, there are times when we need secrecy, for instance, times of war, however, there is no legit reason to conceal the crimes of the government from their masters (we, the people) strictly because those crimes are so heinous that revealing them will destroy faith in the USG.

Look around, the USG has no credibility.  The Justice department has no justice, the FBI no integrity, I could go on and on.

President Trump is being rushed out the door because they (the DS) fear one thing above all else, the very thing that they have feared since Trump won … the president’s power to DECLASSIFY … EVERYTHING.

‘Rush Limbaugh told listeners on Friday that Democrats are still petrified of Donald Trump and his ability to reveal all of their crimes before China Joe is inaugurated in 12 days.

Democrats are nervous that President Trump will release the documents that show how Democrats broke the law for years in their attempts to overturn the 2016 election.’

He hasn’t said he won’t do it again, whatever it is, and they’re gonna be like this — do you understand? — for the next 12 days. In case you missed it, Nancy Pelosi, according to top-of-the-hour propaganda on the radio from an EIB affiliate… Well, I’m assuming it’s radio. Yeah, ’cause our listeners would be listening to the EIB Network radio facilitate and local news or national news network.

Pelosi has called the military and put ’em on standby in case Trump launches the nuke codes. Who are we gonna nuke? The little pot-bellied dictator, Kim Jong-un? What are they terrified of? They’re terrified that Trump is gonna unleash classified documents. You know, he’s got a bevy of ’em, folks. He’s got classified documents about the hoax, the four-year coup.

They are scared to death — they are terrified — that Trump is gonna pardon people who are dangerous to the establishment. Call it the swamp if you want. Because let me tell you, nothing’s changed. The people in the Washington establishment, why did they want to stop Trump in the first place? Because they didn’t want what they have been up to (which is no good) for years to ever come out.

They didn’t want Trump to discover it and release it. They remain petrified for the next 12 days that Trump is going to release — somehow, some way — what he knows about these people. In other words, they’re worried to death that he’s got a card or two to play here yet, including the pardon power. They’ve got a lot of stuff to keep covered up.’

Rush is right … LET’S DO THIS ALREADY!