ALERT: AOC & Dems To END 1A FREEDOM OF THE PRESS, Exploring How To Achieve Complete Info Dominance 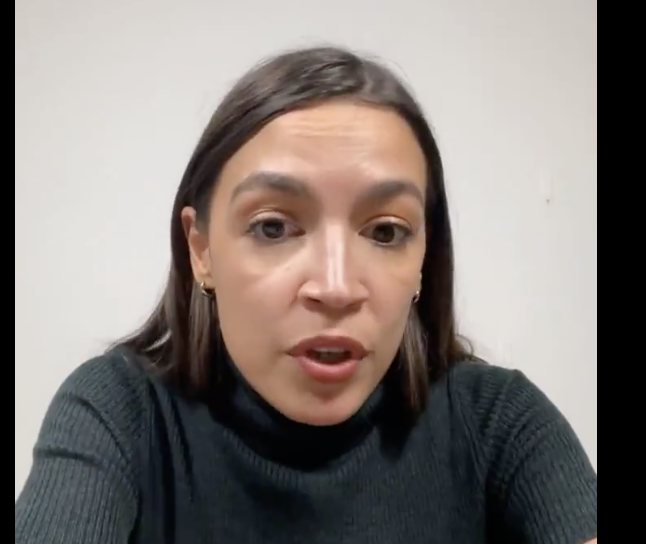 At this point, if you can not tell that Big Tech and the Marxist left (The Democratic Party) are marching in lock step I just do not know what to tell you.

Do you think that the Speech Cartel would have had the guts, or more like stupidity, to BAN THE PRESIDENT OF THE UNITED STATES, if they did not have the go ahead from the ‘powers that be’?

Hell no.  The ‘Biden administration’ AKA Deep State must’ve either approved the move, or worse yet, perhaps they have the go ahead for such an authoritarian and tyrannical purge of speech rights online.

Now it appears they are looking to shut down blogs or voices with whom they disagree.  HAS ANYONE READ HISTORY?!?

Every takeover starts with a control of the means of communication, which is exactly what is going on in this country right now!

The Gateway Pundit is reporting:

‘The Democrats and their far left allies in the tech world eliminated our constitutional right to Freedom of Speech last week.

Moving forward only approved speech by their political allies will be allowed on the internet going forward.

And to prove they meant business the Democrat-media complex removed President Trump’s accounts from the internet.

No one is safe today.

But they aren’t done yet.

Because the tech giants aren’t doing enough to silence conservatives.’

NEW – Rep. Alexandria Ocasio-Cortez said on Instagram that Congress is "looking into media literacy initiatives" to help "rein in" the press to combat "disinformation" in the wake of last week’s U.S. Capitol unrest.

Listen to the words from her our mouth when asked about ‘truth and reconciliation’ commissions … this is insane, pure Marxism:

.@AOC, on Instagram, reflects on the Capitol Hill riot: “I thought I was going to die. And you have all of those thoughts where, at the end of your life, all of these thoughts come rushing to you … I did not know if I was going to make out of that day alive.”’

AOC suggests adding “media literacy” as a mandate for a congressional “truth and reconciliation” committee pic.twitter.com/sv7UXMwvaO

This is what happens when you give people who no life experience or respect for individual liberty power.  There are already libel laws sweetheart.  I’m sorry but Ocasio Cortez is down right DANGEROUS.

The post ALERT: AOC & Dems To END 1A FREEDOM OF THE PRESS, Exploring How To Achieve Complete Info Dominance appeared first on The Beltway Report.