AOC Drops A Bomb On The NYT: “I Don’t Even Know If I Want To Be In Politics.” 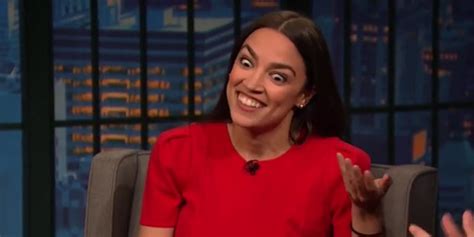 ICYMI| In an interview with the New York Times over the weekend, progressive U.S. House member Alexandria Ocasio-Cortez said that she is uncertain of her political future.

Ocasio-Cortez was first elected to the House of Representatives in the 2018 mid-term elections. She just won re-election last week with 68% of the vote against conservative challenger John Cummings.

The New York Times asked her about a potential Senate run in the future.

“I’m serious when I tell people the odds of me running for higher officer and the odds of me just going off trying to start a homestead somewhere – they’re probably the same,” she said.

Ocasio-Cortez explained to the Times that her time in politics has been stressful, and she hasn’t felt supported by her party.

Ocasio-Cortez has been criticized by members of her own party for being too progressive. In the interview, she appealed to her party to embrace her more progressive values:

The New York representative has bee a radical progressive voice in Congress, advocating for causes such as climate change, universal healthcare, and the defunding of police departments. Before running for Congress, she campaigned for Bernie Sanders.

She is the youngest woman, as well as the first female member of the Democratic Socialists of America, to serve in the United States Congress.

The post AOC Drops A Bomb On The NYT: “I Don’t Even Know If I Want To Be In Politics.” appeared first on The Beltway Report.