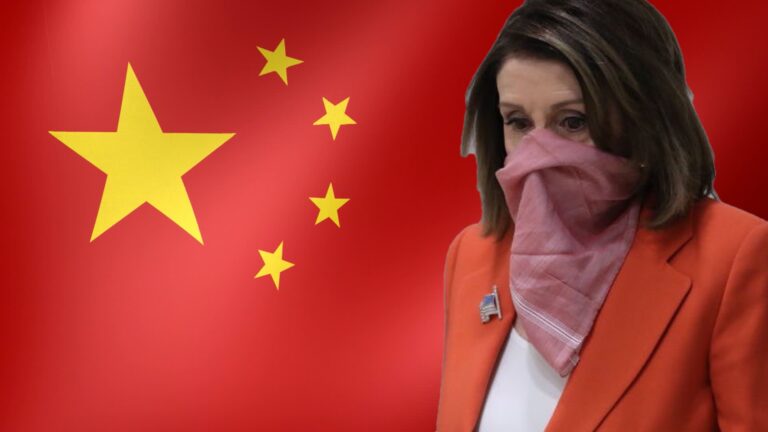 There could not be a more poetic or ironic set of events to occur in the trial to impeach Trump for seeking an audit of the election results after he alleged Chinese interference in the voting, than for those very people persecuting him to … have slept with CCP spies … not just while in Congress, but while he was on the INTEL committee!

Hey Eric why the hell do you think they chose you as the mark?  Because of your awesome farts on TV? NO!  Because you have access to the sensitive info Beijing needs to crush us!

‘Speaker Nancy Pelosi announced her team of dreams for the next  sham impeachment of President Trump.  Eric Swalwell who recently was in the news for shagging a Chinese spy is the noblest of her team members.

Pelosi is attempting to impeach President Trump for a second time on another lie leading to another unconstitutional abuse of power.  Pelosi hates President Trump because he is for the American people and not China.  ‘

Pelosi is desperate to ensure that President Trump can never run for office again.

‘Pelosi still has not released one testimony hidden in the Capitol archives from her last impeachment.  This is because this testimony with Deep Stater Michael Atkinson will totally unravel the corrupt first impeachment.

Tonight Pelosi released the names of the proud Democrats who are leading this garbage dump of Congressional abuse.  Pro Trump News reports:’

Andrew Solender tweeted (and he has a blue checkmark so it is 10000% true, don’t even consider questioning it plebe):

In case you forgot, Eric Swalwell was just exposed to have been sleeping with a Chinese spy ffs. The Daily Caller reported at the time:

Gowdy made an appearance Friday with Fox News host Harris Faulknerto discuss the recent revelation that a Chinese spy had gotten close to Swalwell as he worked his way from city council to Congress — so close that Swalwell has claimed that the details of their relationship are “classified.”

Faulkner began the segment with a clip of House Minority Leader Kevin McCarthy, who has questioned whether Swalwell should be allowed to remain on the Intelligence Committee after being linked to an alleged Chinese spy.

“Congressman Swalwell has yet to explain what his relationship was with the suspected spy. This feels like, Trey, this just got a little bit more heated, more important to pay attention to,” Faulkner said.

“It’s the hardest committee in all of Congress to get on,” Gowdy replied, noting that members of Congress and even the Intelligence Committee are not required to go through background checks and they are frequently privy to classified information. This, he explained, was why the Speaker and the minority leader were so careful to choose the right people.

“Kevin is 100% right. There are 230 members of the House. You can’t find one that wasn’t dating a Chinese spy?” Gowdy asked. “Out of all 230, you can’t find a single member on the Democrat side that wasn’t involved in a relationship, which he won’t even tell us what it was, Harris. He won’t say whether he was sleeping with her or not. He says it’s classified. How? How is that classified, Eric? I mean you want people to not find out about it but it’s not classified.”

Gowdy went on to claim that Swalwell sat on that committee because he was a “loyal acolyte” to Pelosi and Democratic California Rep. Adam Schiff.

“This is the only reason he is on it. Having to work with him, he is eminently replaceable. I can promise you that,” Gowdy continued.

“Eric, how did this happen for four years. Eric, with all candor, when a woman is expressing interest in you chances are great that she is paid to do so. You have to have the self-awareness to ask, ‘Why do I have this new face in my life?’ ‘Why is this person trying to put an intern in my office and why are they trying to help me get elected to Congress?’” Gowdy replied, going on to note that Swalwell had been front and center when it came to accusing the president and members of his family of similar transgressions.

“You couldn’t turn on the TV without seeing Swalwell in the Russia investigation. Where is he now? He’s criticizing Jared and Donald Trump Jr. For meeting with a Russian lawyer. They weren’t dating one. They were meeting with one. So, just answer some questions, Eric,” Gowdy concluded.’

The Democrats are 100% compromised by the CCP and they are loving it.  It provides them with the money and media cover they need to live above the law.  Essentially they sold their souls.  Welcome to the new America.