AOC’s New Proposal ENDS FREEDOM & America Once And For All, Welcome To Communism 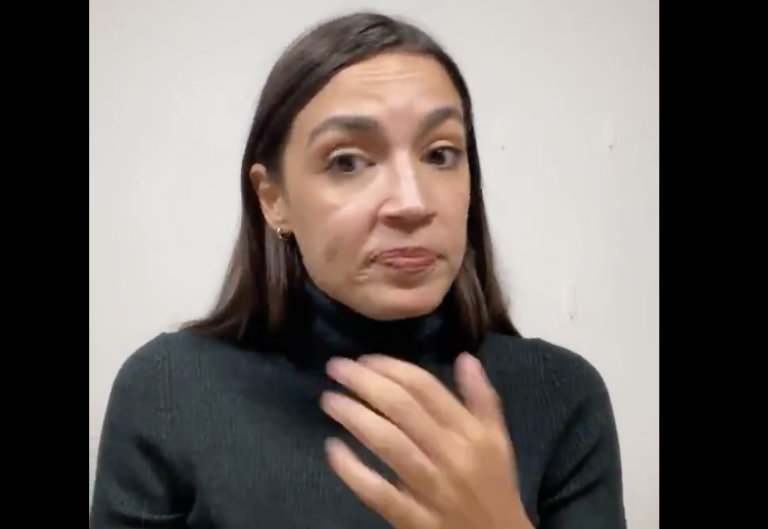 Ask yourself one question, what type of speech would a tyrannical communist regime seek to censor?

The answer is simple: THE TRUTH.

Why the truth?  Because it poses a threat to their nomination and total control over the narrative.  This is something that the left can not tolerate.

As the corporations go, so goes the government, regardless of the Constitution, a document which will cease to exist over the next 4-8-12 … however many more years the Democrats rule over the nation with an iron fist and no accountability.

‘Media watchdogs are shocked and appalled that Rep. Alexandria Ocasio-Cortez said that Congress is looking into media literacy initiatives, including a commission to help “rein in” misinformation in the wake of last week’s deadly breach of the U.S. Capitol – and one critic slammed AOC’s suggestion as “wholly un-American.”

During a lengthy live stream on Instagram on Tuesday night, the leader of the so-called “Squad” discussed the aftermath of the Capitol riot, how she feared for her life during the chaos and what needs to be done going forward.

At one point, Ocasio-Cortez read a question from a viewer who asked if there is discussion in Congress on “truth and reconciliation or media literacy initiatives” to help with healing.

“I can say, there is absolutely a commission being discussed but it seems to be more investigatory, in style rather than truth and reconciliation, so I think that’s an interesting concept for us to explore, and I do think that several members of Congress, in some of my discussions, have brought up media literacy because that is a part of what happened here and we’re going to have to figure out how we rein in our media environment so that you can’t just spew disinformation and misinformation,” Ocasio-Cortez said.

AOC suggests adding “media literacy” as a mandate for a congressional “truth and reconciliation” committee pic.twitter.com/sv7UXMwvaO

“Fox & Friends” anchor Steve Doocy said he was “a little troubled” by Ocasio-Cortez’s suggestion and enlisted The Hill media columnist Joe Concha to help figure out who would decide what media gets reined in under the progressive lawmaker’s plan.

“Let’s unpack this proposal, she wants to basically establish a Ministry of Truth, we’ve all read ‘1984’ and, you know, to determine what is truth and what is not. So who sits on this committee exactly? Eric Swalwell? Adam Schiff? Because they seem to have some challenges when it comes to telling the truth,” Concha said.’

WHAT COULD POSSIBLY GO WRONG?????

Let’s put a 29 year old bartender who answered a casting call to play the roll of minority, female, Congress member in charge of the destruction of our rights.  Sounds like a brilliant idea … May God help up all!

The post AOC’s New Proposal ENDS FREEDOM & America Once And For All, Welcome To Communism appeared first on The Beltway Report.